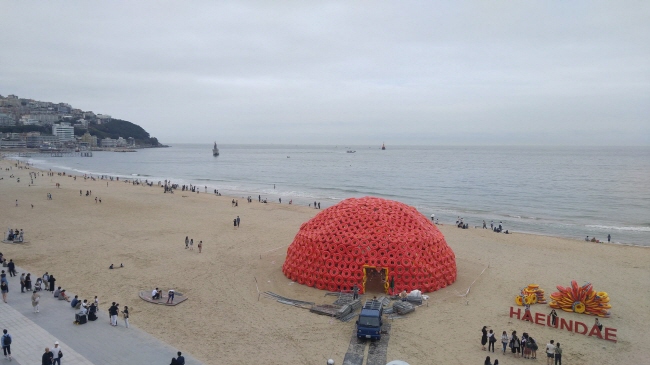 BUSAN, Sept. 23 (Korea Bizwire) — Busan’s Haeundae Beach will hold a festival to share an important message about the serious risk that ocean waste, including microplastics, poses to the environment.

Busan’s Haeundae District announced that it will hold a Beachcombing Festival at Haeundae Beach from September 25 to October 12.

This type of beachcombing refers to an act to protect the environment by collecting waste on the beach to create various artworks.

During the festival, a 20-meter-wide, 10-meter-tall dome structure will be built with some 700 tubes used during the summer this year to display a variety of beachcombing artworks and photo exhibitions. 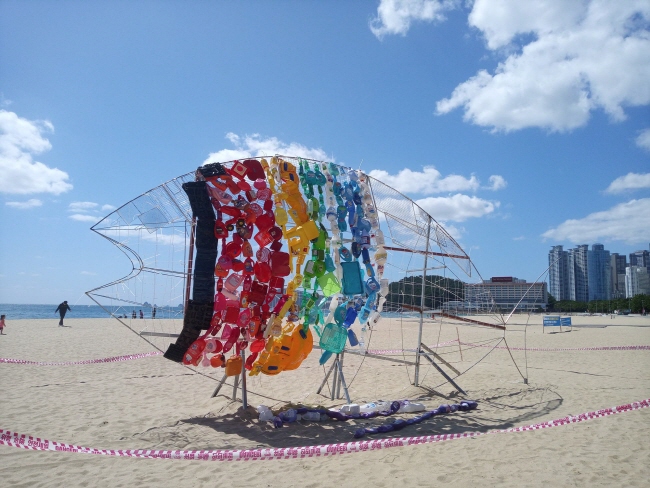