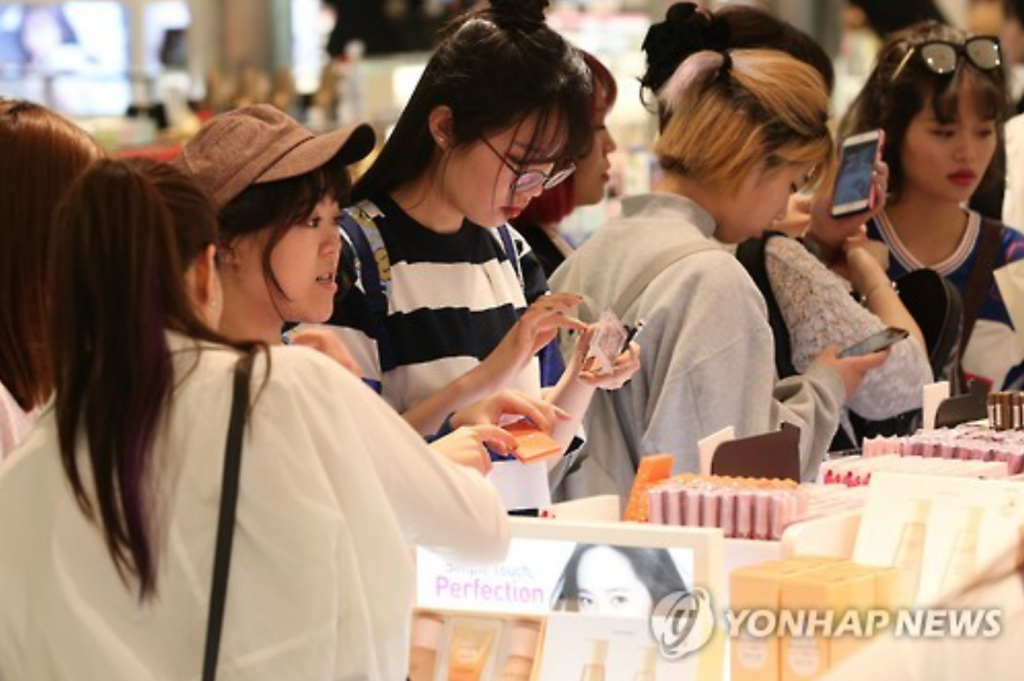 IT, beauty and premium were among six keywords picked to describe the latest spending trend in China, according to the Korea Trade-Investment Promotion Agency (KOTRA).

The three others were marketing, environment and healing.

The terms, or rather the latest trend among Chinese consumers, were hand-picked by KOTRA’s 17 trade representatives in China.

Beauty has apparently been a main interest of Chinese consumers over the past few years, with China importing US$1.57 billion worth of cosmetics products from South Korea in 2016 alone.

The amount accounted for 37.5 percent of South Korea’s overall shipments of makeup products in that year, according to an earlier report.

“Understanding market trends in fast-changing China is very important as it may very well decide the fate of a business freshly entering the Chinese market,” KOTRA said in a press release.

“This report will help our firms pre-emptively prepare for changes in China, thus helping them find new business opportunities there.”