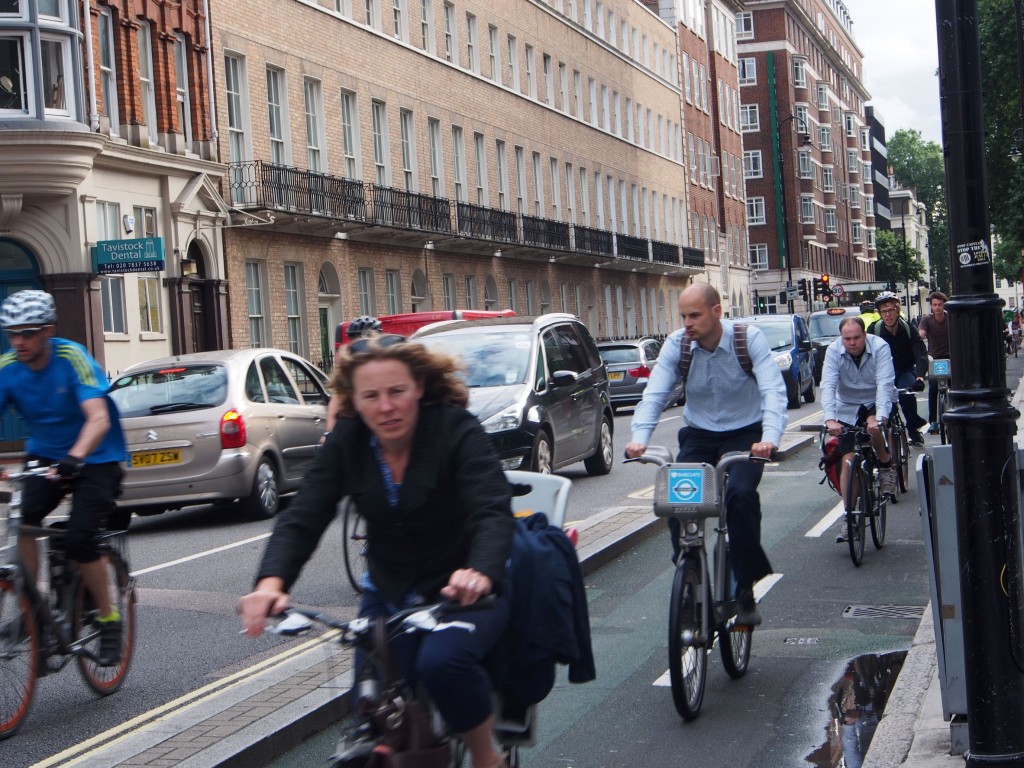 Bike Commuter of the Year award recipients are recognized for their dedication to cycling for everyday transportation. (image creidt: Crowded bike lane, London, 2013 by Kobizmedia)

OAKLAND, Calif., April 17, 2014 (Korea Bizwire) – Do you know someone who is committed to making every day “Bike to Work  Day”? Does this person epitomize the health, environmental, social and  economic benefits of bicycling? Share their story and nominate them for  a Bike Commuter of the Year award by end of day Friday, April 18, 2014.  Visit youcanbikethere.com/user/register  to register and submit a nomination at youcanbikethere.com/bcoy.

Bike Commuter of the Year award recipients are recognized for their  dedication to cycling for everyday transportation. They are a testament  to the many benefits of bicycle commuting: from improving their health  to bringing families together. One bike commuter from each of the nine  Bay Area counties will be selected in recognition of their dedication to  riding a bicycle for daily transportation. All entries must include the  nominee’s name, e-mail address, county of residence and a brief write-up  (200 words or less) on why they deserve the Bike Commuter of the Year  Award.

The Bike Commuter of the Year Awards program, which began in 2008, is  part of the hundreds of events and activities happening throughout Bike  Month in May. Last year’s winners included young, old, rural, suburban  and urban bike commuters who inspire — by their example — bicycling in  their communities. This year, the winners will each receive a boxed set  of maps celebrating the 25th anniversary of the San Francisco  Bay Trail and a set of Revolights. Many of the winners will be  recognized at various events held on Bike to Work Day, scheduled for  Thursday, May 8.

Bike to Work Day is the region’s premier event to encourage commuters in  the nine Bay Area counties to try bike commuting for the first time, or  to recommit to increasing time spent cycling. While some local  organizations have held Bike to Work Day events for over 20 years, the  regional event is celebrating its 20th anniversary this year.  Metropolitan Transportation Commission (MTC) began sponsoring Bike to  Work Day in 1994 to grow the event into a regionwide effort. MTC now  works with the Bay Area Bicycle Coalition (BABC) to organize the annual  program with the goal of promoting bicycling as a viable mode of daily  transportation. Complete event information is available at youcanbikethere.com.

Source: MTC and BABC (via BusinessWire)