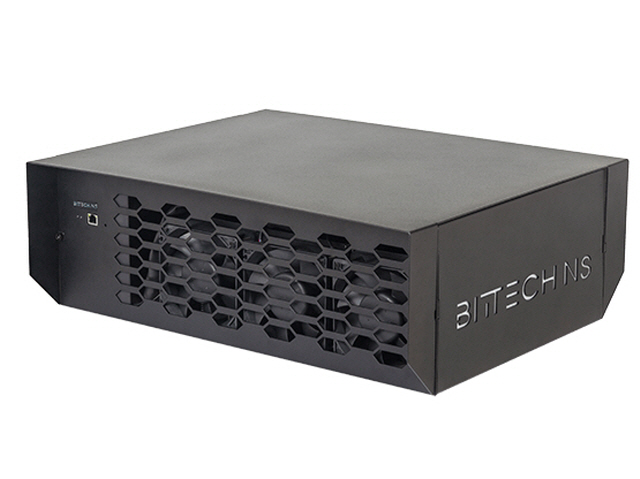 New miner is powered by 24 chipsets, which model is kept under the hat. The miner has a regular appearance common to all other BITTECH units and is fitted with 1600W Murata/Artesun power adapter.

New miner will be available in the mid of October 2018.

BITTECH’s mining hardware based on advanced 10nm semiconductor chips is an “all-in-one” solution with Murata/Artesyn inbuilt power supply units, supporting hot replacement. Even a newbie can set up its unsophisticated and user-friendly software. All miners are covered by 180-days warranty.

BITTECH Limited was engaged in R&D with regard to 10 and 14nm advanced chips since early 2017. At the moment, the company has finished its R&D and offered own mining hardware to a wide range of customers. Aside from miners and chips, the company is going to establish four large data centers in Canada, Iceland, Estonia, and Russia. It has started the construction of Russia’s data center for 9000 miners with the total processing power of 21MW in April 2018. The company will lease a part of premises to its customers under colocation agreements.

A photo accompanying this announcement is available at http://www.globenewswire.com/NewsRoom/AttachmentNg/7eda178b-98b2-433f-89ca-f8f29f7beb33

A video accompanying this announcement is available at http://www.globenewswire.com/NewsRoom/AttachmentNg/fb950a9d-6e1e-4b10-8780-ab7c33ed47db