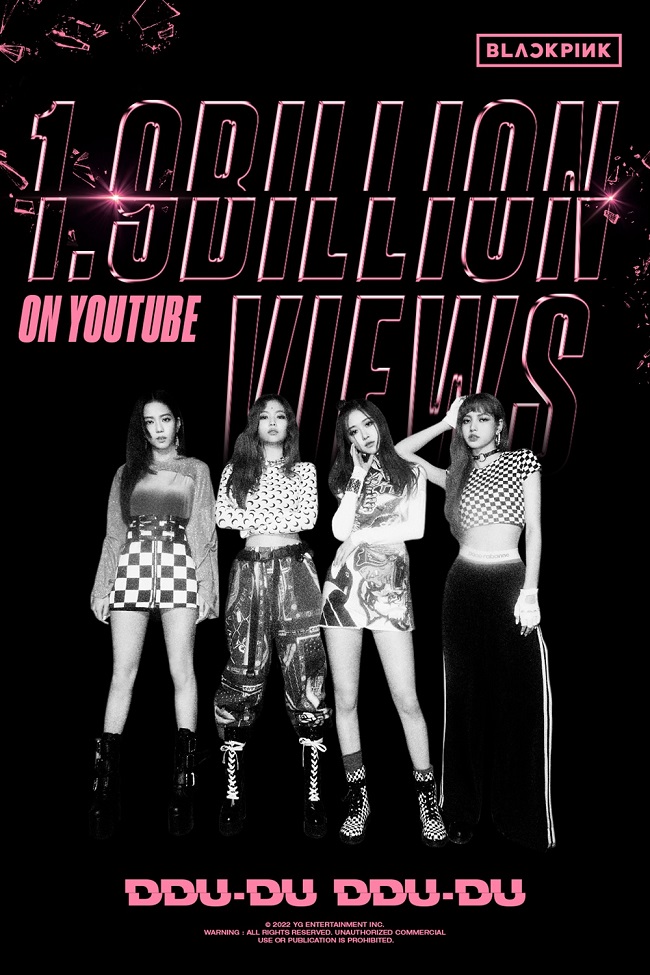 SEOUL, July 3 (Korea Bizwire) — BLACKPINK’s megahit single “Ddu-du Ddu-du” has set a YouTube record for most views for a video by a K-pop group, the quartet’s agency said Sunday.

BLACKPINK owns 32 videos with at least 100 million views on YouTube, and they have drawn a combined 24.1 billion clicks.

The single peaked at No. 55 on Billboard Hot 100, then the highest position by a K-pop girl group on the main singles chart.