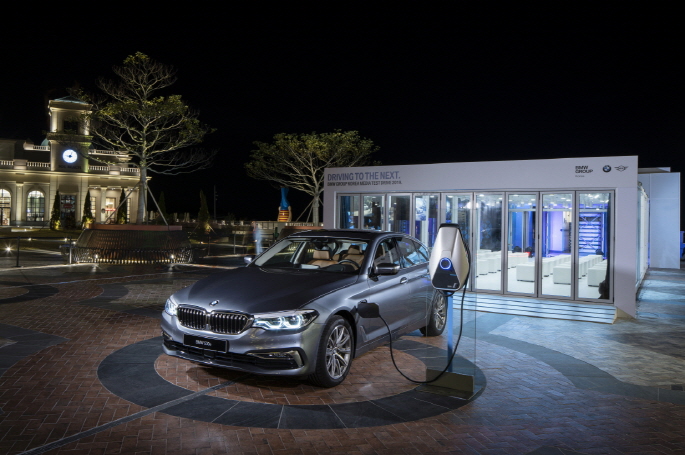 BMW has recently announced its plan to release 25 zero-emission and less-emitting vehicles by 2025.

BMW Korea said it plans to add the New 530e i plug-in hybrid electric vehicle (PHEV) model within this year to its PHEV lineup, currently composed of the 745e, 745Le, 330e, X5 40e and i8, in line with the group’s broad strategy.

“A PHEV model carries strengths of a combustion engine car and a battery-powered vehicle. As demand for new mobility rises amid rapid climate change, urbanization and stricter regulations, the company will focus on PHEVs to cope with those challenges,” a company official said.

A vehicle with a combustion engine usually boasts of powerful driving performance and a battery-equipped car is unrivaled in fuel efficiency.

BMW has been struggling with declining sales in Korea since last year due to dozens of engine fires mainly in the 520d model and the subsequent recalls.

BMW Korea, which sells vehicles under the BMW, MINI and Rolls-Royce brands, sold 42,813 vehicles in the January-October period, down 19 percent from 53,176 units a year earlier, according to the Korea Automobile Importers and Distributors Association.