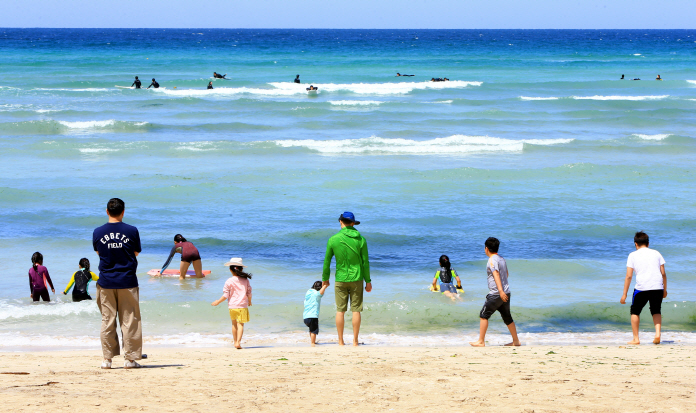 Some point out that if domestic travel is to replace demand for travel to Japan, high consumer distrust should be addressed first. (Yonhap)

SEOUL, Jul. 19 (Korea Bizwire) — The sentiment of boycotting trips to Japan in response to the Japanese government’s retaliatory economic sanctions is growing in South Korea.

With the popularity of Japan, the top tourist destination among South Koreans, fading, the possibility of a boost in domestic travel is also being discussed among industry watchers.

However, some point out that if domestic travel is to replace demand for travel to Japan, high consumer distrust should be addressed first.

According to a poll conducted by the Ministry of Culture, Sports and Tourism last month, only 69.8 percent of the respondents said they were considering a trip within South Korea. The figure is down from 82 percent last year.

On the other hand, 21 percent said they would go abroad, up from 12.2 percent the previous year.

It seems that the profits from the cancellation of trips to Japan are also heading to overseas destinations rather than in South Korea.

Trip.com analyzed a week-long surge in reservations from Friday, when the conflict between South Korea and Japan began, and found that reservations to Jeju Island rose by only 15 percent.

Bookings for Malaysia and Australia, on the other hand, rose 23 percent and 21 percent on-week, respectively.

This result is largely attributed to low consumer satisfaction with domestic travel. In particular, complaints are high regarding high travel prices during the holiday season.

Consumer Insight, an organization specializing in consumer research, predicted that travelers will continue to leave the country unless there is an improvement in their satisfaction with domestic travel destinations and awareness regarding costs.