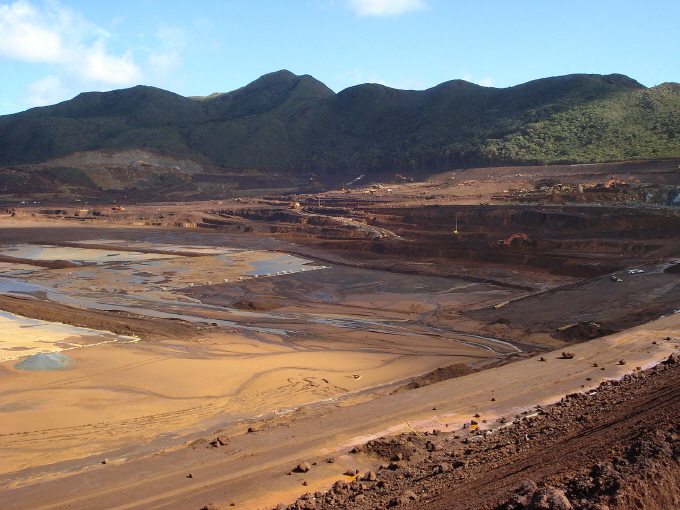 MONTREAL, March 1 (Korea Bizwire) – Brunswick Exploration Inc. (“BRW” or the “Company”) is pleased to announce that is has signed option and purchase agreements from a private company and prospectors to acquire a 100% interest in the Lac Édouard Nickel Project (“Lac Édouard” or the “Property”), located 40 km northeast of the town of La Tuque, Quebec, and 125 km northwest of Quebec City. Access to the site is by paved road and includes a significant nickel-copper mineralized mafic-ultramafic body that was last drilled in 1971 and which offers excellent exploration potential.

Mr. Killian Charles, President of BRW, commented: “We are very excited to announce this new greenfield nickel-copper project for the Company, especially in light of rising nickel and copper prices and projected high demand for nickel in a decarbonizing economy. The Lac Édouard system has not seen drilling since 1971, contains high-grade nickel sulfide mineralization, and fits very nicely with a Voisey’s Bay deposit model. Importantly, the feeder to the mineralized system has never been identified, and the system is open down-dip to the north and to the east. Furthermore, the historical mineralization was never assayed for platinum, palladium or cobalt. Potential extensions and feeders will be drill-tested as soon as permits can be obtained within the next 2 to 3 months.”

The total Property package comprises 33 claims with a total surface area of 1838.5 hectares (18.4 square kilometres), is paved-road accessible and located within the Portneuf geological domain (Grenville Geological Province). Near-surface nickel mineralization was discovered in 1966 and the Property was drilled between 1967 and 1971 (total of 54 shallow holes), defining a small nickel deposit, which was further investigated with a small open pit extraction in 1972-1973. All drill holes were shallow (maximum vertical depth of 150 metres), and the best historical drill intersections (MERQ assessment files) include:

Historical records indicate no assays were done for cobalt nor platinum-palladium, and that all drilling was limited to a small area measuring 330 x 300 metres.

The Property is considered highly prospective as the host layered intrusions include websterite, minor harzburgite and norite, as well as high-tenor mineralization (3-4% Ni in 100% sulfides). A Voisey’s Bay type metallogenic model applies well to this property, in that late-tectonic fertile mafic-ultramafic bodies intrude older sulfide-bearing gneiss/migmatite terranes and have presumably been fed by deeper mineralized magma conduits (chonoliths).

Option and Purchase Terms (All dollar figures in Canadian dollars)

Brunswick optioned 25 claims representing 1,374.5 hectares from Les Ressources Tectonic Inc. The option allows BRW to acquire a 100% interest in the Property over a three-year period for a total cash consideration of $170,000 and exploration expenditures of $500,000 under the following terms:

The schedule can be accelerated at BRW’s discretion. BRW has also granted a two percent (2%) NSR on the claims covered by the option agreement. The first half (1%) of the NSR may be repurchased upon payment of $1,500,000 from BRW to the optionor. BRW retains a first right of purchase of the second half of the NSR.

Additionally, the Company has purchased a 100% interest in 8 peripheral claims (464 hectares) to the optioned property from local prospectors for a cash consideration of $14,400. BRW has also granted a two percent (2%) NSR on the purchased claim. The first half (1%) of the NSR may be repurchased upon payment of $1,000,000 from BRW to the vendors. The second half may be purchased for $2,000,000. If BRW elects to complete both payments, it will have repurchased the entirety of the royalty on the eight purchased claims.

The scientific and technical information contained in this press release has been reviewed and approved by Mr. Robert Wares, P. Geo, CEO of Brunswick Exploration.

The Company, formerly Komet Resources Inc., is part of the Osisko Group of companies and is a Montreal-based mineral exploration venture listed on the TSX-V under symbol BRW. The Company has sold its former African assets and is now focused on exploration and development of gold and base metal properties in Eastern Canada. Current projects include gold-polymetallic vein systems in Southern New Brunswick (Fundy Gold Project), base metals VMS in the Bathurst Camp in northern New Brunswick and in the Chibougamau region of Quebec (Waconichi), and the new Lac Édouard nickel-copper project in Québec.