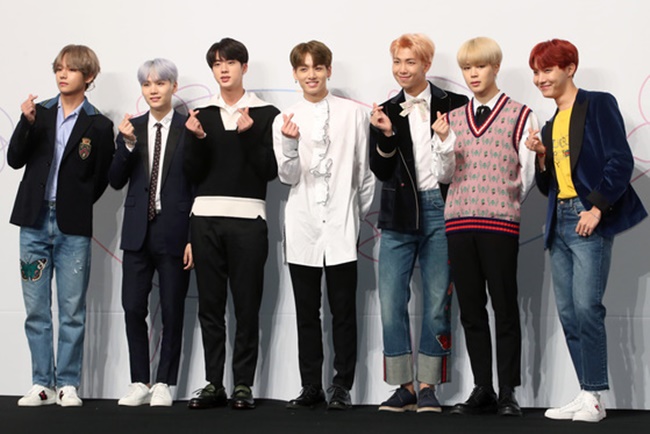 The album sold 1.2 million copies between its Sept. 18 release and the end of last month, according to Gaon Chart, the country’s benchmark music sales tracker.

“Love Yourself: Her” became the biggest-selling K-pop album by month in 16 years, coming second to boy band g.o.d’s fourth album, which was released in November 2001 and sold 1.44 million units during the month.

BTS has remained on Billboard magazine’s two key charts for the third-straight week. On Wednesday, “Love Yourself: Her” clocked in at 35th on the “Billboard 200″ chart for the week of Oct. 21, while the album’s lead song, “DNA,” ranked 85th on “The Hot 100″ chart.

The seven-member act finished media publicity for “Love Yourself: Her” on Thursday after appearing on “BTS Countdown” on the music channel Mnet. They are scheduled to hold a two-day concert at Kyocera dome in Osaka, Japan, over the weekend.