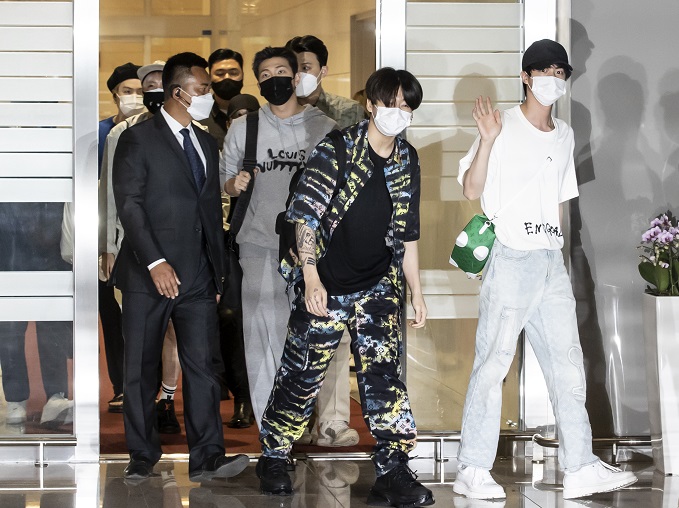 Members of the South Korean group BTS prepare to leave for New York from Incheon International Airport, west of Seoul, on Sept. 18, 2021, to attend a United Nations event as special presidential envoys for future generations and culture. (Yonhap)

The chart-topping group is scheduled to attend the opening ceremony for the Sustainable Development Goals (SDG) Moment of the Decade of Action event in New York on Monday (U.S. local time), along with President Moon Jae-in.

The president appointed the seven-member group as a “special presidential envoy for future generations and culture” Tuesday. BTS will give a speech in New York and play a video clip of one of its performances.

The SDG Moment is designed to reinforce the international community’s efforts to achieve sustainable development goals. These goals are considered a blueprint for fighting poverty, hunger and the climate crisis, among other global challenges.

As special envoys, BTS members are traveling with diplomatic passports.

BTS boasts five No. 1 singles on Billboard, four of which debuted in the top spot.