SEOUL, Feb. 24 (Korea Bizwire) — “Map of the Soul: 7,” an album by global superstar BTS, has stayed on the Billboard main albums chart for almost one straight year this week, recording another piece of history for K-pop.

According to the latest Billboard chart results updated Tuesday (U.S. time), the mega-hit album released in February 2020, came in at 108th on the Billboard 200 chart.

This marks the album’s 52nd consecutive week on the highly competitive chart since it debuted atop the list in the first week of March last year, a record feat for any K-pop album.

Previously, the septet’s 2018 album, “Love Yourself: Answer,” had hit the album chart for 31 consecutive weeks for a total of 98 weekly appearances on the list.

This week, the group’s record-breaking English-language single, “Dynamite,” also ranked 45th on Billboard’s Hot 100 singles chart, marking its 24th consecutive week there since debuting atop the chart upon its release in August.

The upbeat disco-pop single rewrote K-pop history, becoming the first song by a South Korean act ever to land atop the Hot 100 chart.

The song also made it to the fourth spot on the Global Excl. U.S. chart this week, maintaining its presence in the chart’s top five for the 24th week in a row, a record feat since the chart first went into operation in September.

This week, BTS’ latest album “BE” also ranked 74th on the Billboard 200, appearing on the chart for the 13th week. 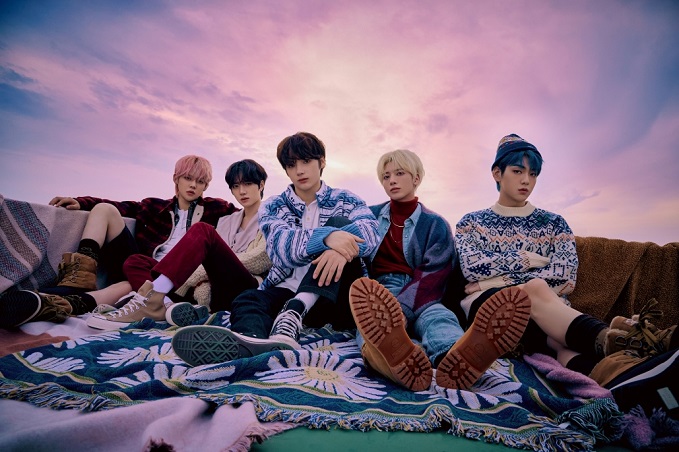 Meanwhile, Tomorrow X Together (TXT), another boy band by Big Hit Entertainment, the home to BTS, landed at 173rd place on the Billboard 200 this week, with its first full-length Japanese album, “Still Dreaming.”

TXT first made the chart with its Korean debut album “The Dream Chapter: Star,” released in March 2019.

Another TXT EP, “Minisode1: Blue Hour,” released in October 2020, also climbed as high as the 25th spot on the list as a then two-year-old novice band.