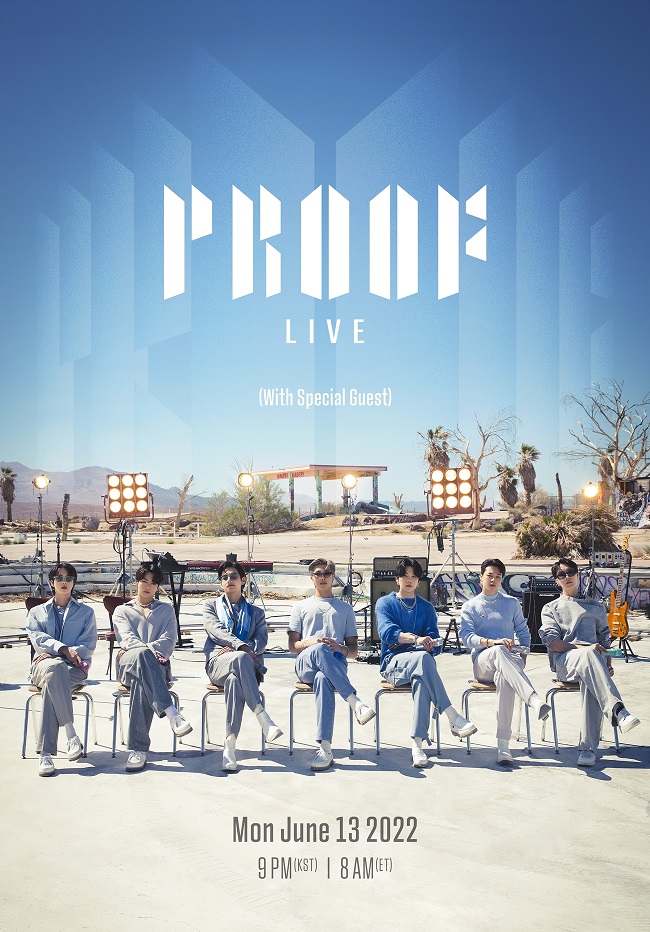 K-pop boy band BTS plans to showcase its first live performance for its new album “Proof” on June 13, 2022, according to this official poster provided by its entertainment agency Big Hit Music.

The anthology album had sold a total of 2.15 million copies as of 11 p.m. Friday, just 10 hours after it became available in the market, according to Hanteo Chart, a South Korean music chart.

It was the second time that the boy band’s album sales surpassed 2 million on the first day, after its fourth album, “Map of the Soul: 7,” in 2020.

Its title song, “Yet To Come (The Most Beautiful Moment),” instantly topped real-time charts of major online music services, and its music video posted on YouTube had garnered nearly 50 million views as of 1 p.m.