SEOUL, Sept. 22 (Korea Bizwire) — The video featuring K-pop sensations BTS performing “Permission to Dance,” one of their hit singles, at the United Nations headquarters has exceeded 12 million views on YouTube, becoming the most viewed clip on the U.N. channel.

The video that was uploaded at the U.N.’s official YouTube channel Monday has racked up 12.7 million views as of 8:00 p.m. Wednesday. 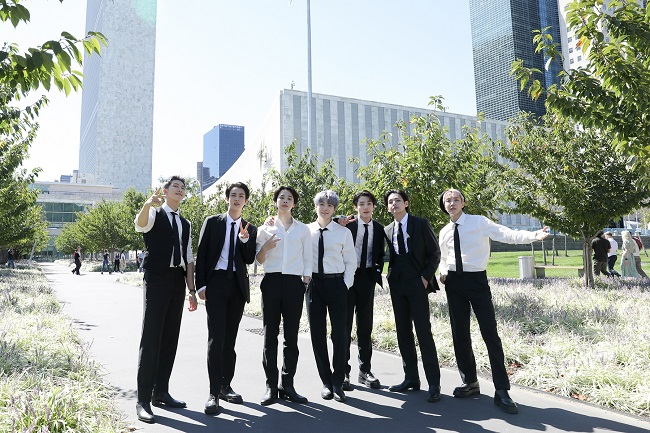 To close, the group played a video of the septet performing “Permission to Dance,” in and outside the U.N. headquarters. In the clip, the members appear one by one in the same hall where they gave the speech and together dance out into the open air.

With Manhattan’s towering skyscrapers in the background, they then break into their perfectly synchronized dance moves before being joined by a throng of people from different nations to perform the sign language used in the song.

This is the third year the K-pop sensation has addressed the U.N. General Assembly.