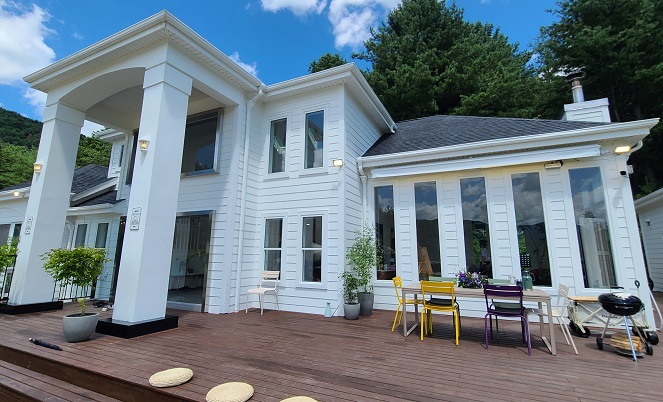 This photo shows a two-story villa featured in the “IN THE SOOP BTS” reality show. The estate is set to open bookings on August 1, 10p.m. Eastern Time. (Yonhap)

PYEONGCHANG, July 26 (Korea Bizwire) — Airbnb said Tuesday it has teamed up with Hybe, the entertainment company behind BTS, to offer fans of the K-pop band a chance to relive moments featured in season two of the “IN THE SOOP BTS” reality show.

Airbnb said up to two guests can stay overnight at an iconic two-story villa located atop a mountain in South Korea’s eastern alpine city of Pyeongchang on August 29. Pyeongchang was the host city of the 2018 Winter Olympics.

The vacation rental service company said bookings will be open to anyone around the world and cost US$7 — a nod to the seven band members — but it will select only one person on a first-come, first-served basis through reservations on its website, which is set to open at 11 a.m. on Aug. 2 (10 p.m. Eastern Standard Time on Aug. 1).

The event is part of Airbnb’s global “Only On Airbnb” campaign, which rents out famous sites featured in films and TV series to selected guests.

Airbnb previously rented out a recreation of Carrie’s New York Apartment from the “Sex and the City” TV series. It also made available a one-night-only stay at the iconic house from the Christmas classic “Home Alone,” located in Chicago, last December.

BTS’s Pyeongchang vacation house is the first South Korean location under the campaign where guests can stay overnight.

“Airbnb will make efforts to offer unique accommodations related to K-pop and K-dramas under the campaign,” Eum Sung-won, the South Korean head of communications at Airbnb, told reporters. 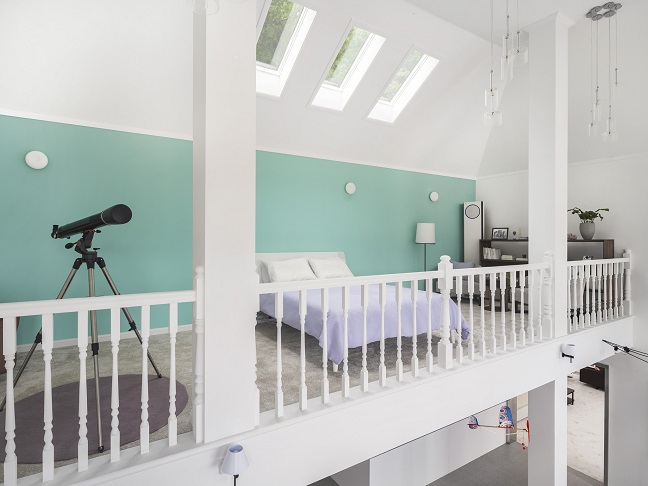 The bedroom inside Airbnb’s IN THE SOOP BTS estate, located in Pyeongchang, Gangwon Province, is shown in this photo provided by Airbnb on July 26, 2022.

Airbnb said it tried to preserve details of the house as close to what was featured in the reality TV series.

Except for RM’s second floor study space, which transformed into a bedroom for guests, the place was decorated with items reminiscent of moments from the show.

J-Hope’s model plane, featured in both season one and season two, was hanging down from the ceiling, while a telescope BTS members used to enjoy the countryside scenery, was seen on the second floor.

While three buildings were featured in the TV series, the one opened on Airbnb is not where the members slept, the company added.

Guests are responsible for their own travel to and from Pyeongchang train station but will be provided a round-trip car transportation service for the 20-minute journey from Pyeongchang station to the estate.

Airbnb said it will offer guests US$1,000 Airbnb travel credit in case the company cancels the stay due to the COVID-19 pandemic.