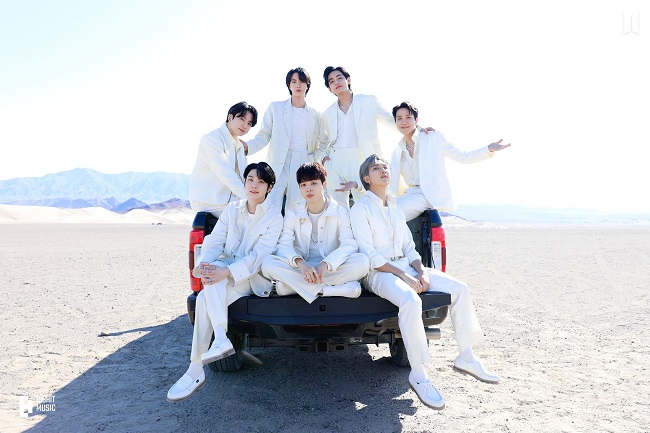 The anthology album landed atop the Billboard 200 by earning 314,000 equivalent album units in the United States in the week ending June 16, Billboard said Sunday (U.S. time).

“The overwhelmingly majority of that unit figure was driven by CD album sales,” it added.

Billboard 200 ranks the most popular albums of the week in the U.S., measured by equivalent album units, comprising physical album sales and other digital sales records.

“Proof” was released as a three CD-album with 48 tracks on June 10.

It includes the biggest hits from throughout the group’s career and three new songs — “Yet To Come (The Most Beautiful Moment),” “Run BTS” and “For Youth,” the group’s solo and subunit tracks, previously unreleased songs and demo versions of some of the hit songs.

The group recently announced a plan to take a break from group activities to focus on solo projects.

The performance by the anthology album’s main single, “Yet To Come,” on the Billboard’s Hot 100 main singles chart will be unveiled Monday amid expectations that the K-pop septet will also likely rank high on the chart considering its large global fandom.