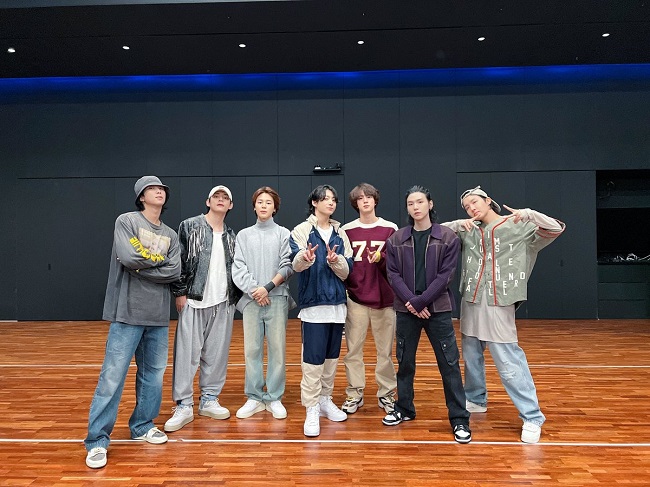 MAMA Platinum is presented to artists who have won in all four main categories for a year. BTS has the record of sweeping all four for three consecutive years from 2019 to 2021.

The septet claimed three of the four main prizes — artist of the year, album of the year, worldwide icon of the year — during the annual awards ceremony held Tuesday and Wednesday at the Kyocera Dome Osaka, a baseball stadium in Japan’s Osaka.

This made BTS the first K-pop act to win in any main category of the awards ceremony for seven years in a row since 2016.

Other honors for the septet during the 2022 ceremony were best male group and worldwide fans’ choice. 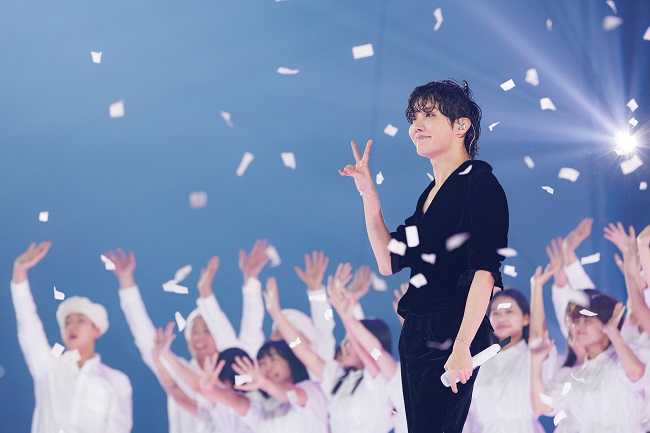 J-Hope poses for the camera after performing his individual songs live during the second-night ceremony of the 2022 MAMA Awards on Nov. 30, 2022, in Osaka, Japan, in this photo provided by South Korea’s music cable channel Mnet.

The total number of prizes BTS received in the ceremony can rise to eight if two wins claimed by member J-Hope are included.

The first BTS member to debut as a soloist was named the most popular male artist and Bibigo culture & style.

The BTS rapper-dancer dropped his first formal individual album, “Jack in the Box,” in July, after the band announced a new chapter of its career with a focus on individual projects.

Busy with individual activities, the group did not attend the ceremony.

But J-Hope took the stage for his first live performance of tracks off the album, including “More,” “Arson” and “Future,” on a South Korean TV channel. The ceremony was broadcast live on the music cable channel Mnet.

“2022 was a year of hardship for BTS and when our seven members once again experienced pain of growth as we struggled to find out a way to overcome it,” he said, looking back on the past year.

“In this situation, we sang a song of hope that says the best moment has yet to come as we tried to find the best solution,” he said, referring to the group’s latest single, “Yet to Come.” 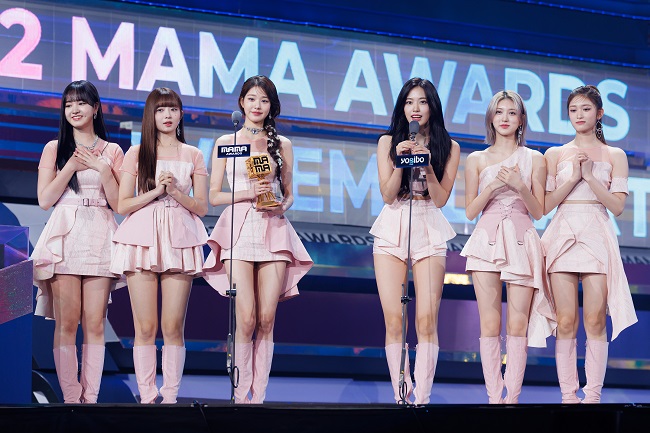 He asked for the fans’ continued support for individual projects of the seven members, who are taking time to look back on themselves and on the growth in their own fields.

Right after the group won MAMA Platinum, he surprised fans by making a call on stage to Jin, a bandmate who will begin his mandatory military service in weeks.

“I won’t be able to see you in public for a while, but I’ll come back with good music next time,” Jin said cheerfully over the phone. “Everyone, I’ll be back safely from the military.”

Song of the year, the remaining one of the four main prizes, went to rookie girl group Ive for its hit song “Love Dive.”

Including the honor, the band nabbed four trophies during the ceremony with the three others being best new female artist, best dance performance female group and favorite new artist.