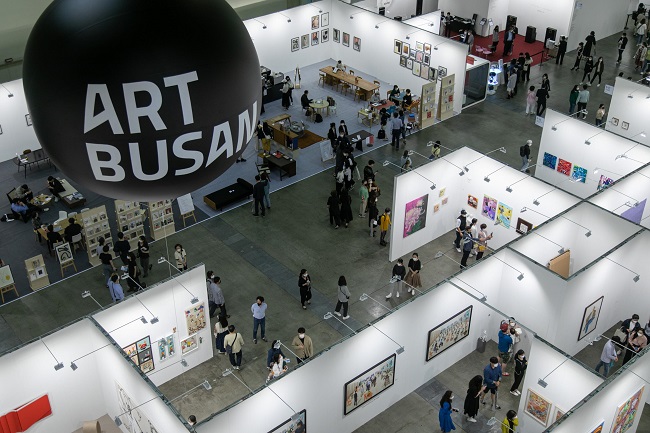 This undated photo, provided by Art Busan, shows the annual art fair taking place at the Busan Exhibition and Convention Center in the southeastern port city of Busan.

BUSAN, May 17 (Korea Bizwire) – An annual art fair held at the country’s southeastern port city of Busan wrapped up Sunday with a record number of visitors snapping up billions of won worth of artworks, organizers said Monday.

The art fair, now in its 10th year, saw a record 80,000 visitors — including 15,000 during a preview for art collectors — visit its stalls despite expectations that attendance would be lackluster amid the new coronavirus pandemic.

Around 110 galleries at home and abroad took part in this year’s event held at the Busan Exhibition and Convention Center.

At least 15 galleries are known to have garnered more than 1 billion won (US$884,095) through sales of art pieces while organizers claimed that total sales reached 35 billion won, the biggest for a local art fair. 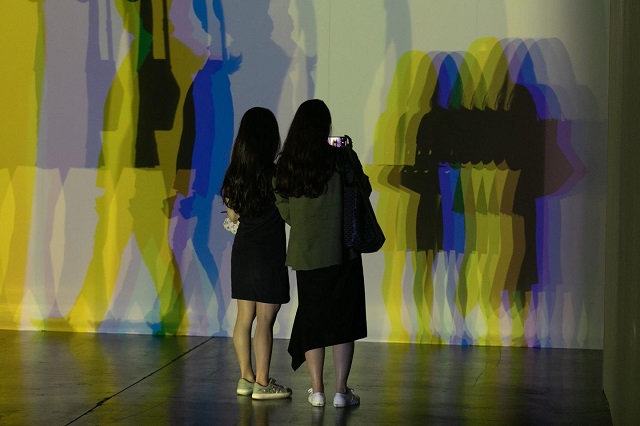 This undated photo, provided by Art Busan, shows visitors taking photos at the annual art fair held at the Busan Exhibition and Convention Center in the southeastern port city of Busan.

Key artworks, such as British sculptor Antony Gormley’s work that was on display by major European gallery Thaddaeus Ropac, sold out during a preview session. German visual artist Gerhard Richter’s artwork was sold to a Busan-based entrepreneur.

As part of efforts for social distancing, organizers limited the number of visitors and held separate preview sessions for collectors and press. An online viewing room was also set up to accommodate more visitors.