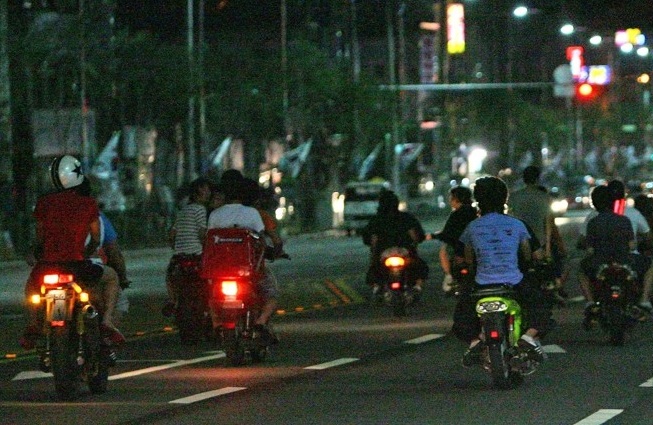 This file photo shows motorcycle gangs in the street. (Yonhap)

BUSAN, Sept. 10 (Korea Bizwire) — In the midst of an increase in the number of damage cases caused by drivers who rev their engine or violate speed limits in the area of Busan’s Haeundae district, local residents and the municipal government have joined hands to crack down on such behavior.

The district Office will kick-start a joint crackdown campaign in collaboration with local residents and related organizations on Sept. 14.

The district office will select one spot in each of its 16 precincts where videos or photos will be taken of law-violating vehicles. About 20 residents are expected to join the campaign.

The district office plans to post hanging banners containing information on how to report law-violating vehicles around these areas as part of efforts to encourage more residents to participate in the campaign.

The vehicles subject to the crackdown include those that emit sounds exceeding legal noise limits (100 decibel for cars and 105 decibel for two wheelers), violate traffic signals or are have illegal modifications.

A report can be made by taking a video or photo of a vehicle’s plate number and documenting any law-violating scenes.

If videos or photos concerning vehicles exceeding legal noise limits are reported, the related organizations will punish the drivers after confirmation.

According to the district office, the number of damage cases reported to the police in the entire city this summer totaled 1,230 cases.