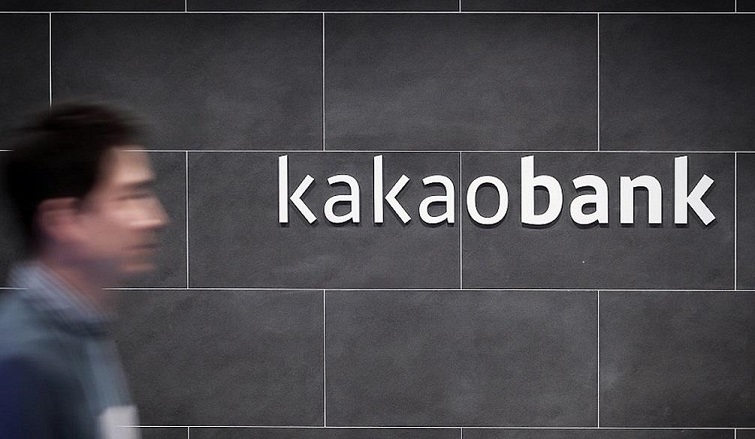 The logo of Kakao Bank at its office in Seoul (Yonhap)

SEOUL, Oct. 7 (Korea Bizwire) — Despite being granted various benefits as an incentive for innovation, internet-only banks are operating the same way as traditional commercial banks, relying mainly on loans for those with high credit scores, a lawmaker said Wednesday.

During a State Affairs Committee meeting at the National Assembly, Rep. Bae Jin-kyo of the minor opposition Justice Party said that in the outstanding balance of credit and jeonse loans, the share of those with high credit scores of 900 or above stood at 57.7 percent for commercial banks and 74.2 percent for Kakao Bank.

The share of those with lower credit scores ranging between 700 and 900 among overall loan balances and account numbers stood at 21.9 percent and 20.9 percent, respectively, for Kakao Bank, lower than the 38 percent and 21.9 percent reported for commercial banks.

Bae also pointed out that the number of cases in which accounts at Internet-only banks are used for fraud is increasing.

The number of internet bank accounts used for fraud increased dramatically from 199 cases to 2,705 cases over the past three years, he noted.