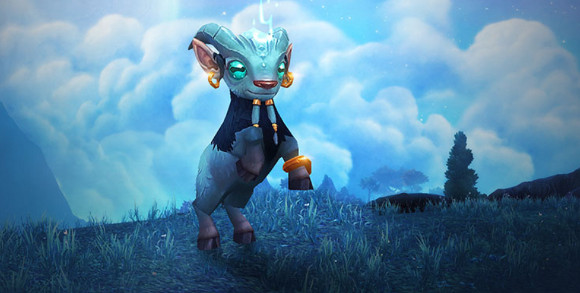 The newly introduced goat-like pet accompanies player characters as they move through their quest, climbing, swimming and running alongside their owners, and will be reliable colleagues for gamers. (image: Blizzard Entertainment)

SEOUL, Dec. 5 (Korea Bizwire) – Gamers who buy pets in World of Warcraft will now be able to donate money to help Ebola victims in West Africa. Blizzard Entertainment released a game-pet named Argi, and announced that proceeds from the adoption of the pet would be sent to the U.S. Red Cross, to be used in the relief efforts against the Ebola outbreak.

The newly introduced goat-like pet accompanies player characters as they move through their quest, climbing, swimming and running alongside their owners, and will be reliable colleagues for gamers.

Argi is available at the Battle.net shop for 10,000won (US$9). The adoption fees from the pet sales between December 4 and 31 in Korea will go to the American Red Cross to assist in Ebola relief efforts.

In addition, players can join help the Ebola efforts by purchasing Argi bundled with a new mount, Grinning Reaver. The reaver-style mount wears a skull mask, and drives fear into the hearts of the enemy.

This is not the first time for Blizzard to be involved in charitable activities. For its philanthropic projects, the company usually turns to its in-game pet sales program to provide financial support to different organizations, typically at year-end.

Last year, it donated half of its sales from another digital pet, Alterac Brew Pup, to the Make-A-Wish Foundation, to help children with life-threatening diseases. In 2012, it supported superstorm Sandy relief with Cinder Kitten, and donated profits from selling Cenarion Hatchling to the American Red Cross.

Meanwhile, the fifth World of Warcraft expansion pack, Warlords of Draenor, which was released last month, sold 3.3 million copies in just one day, and has secured more than 10 million paid subscribers. In Korea, it was released on November 20, and ranked fifth among Korean PC game café users for one day. 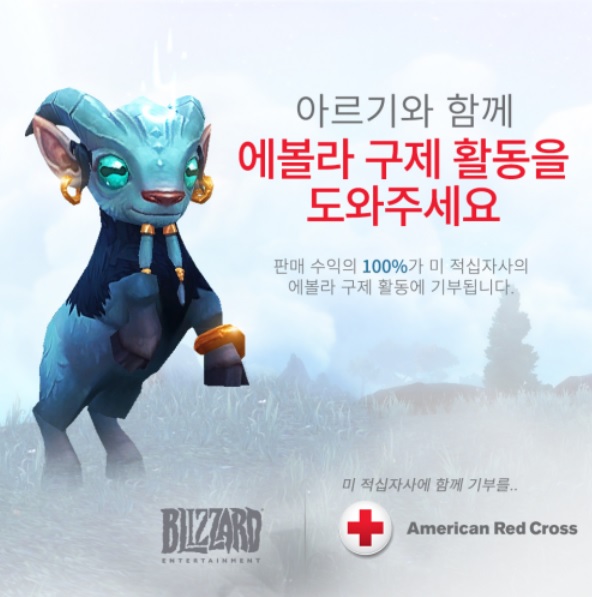 One thought on “Buy a WoW Game-pet and Help Ebola Victims!”