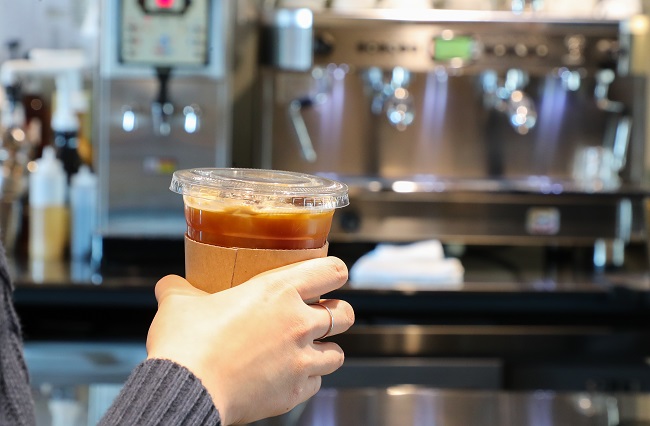 This Jan. 6, 2022, file photo shows a person holding coffee in a plastic cup at a cafe in Seoul. (Yonhap)

SEOUL, Jan. 18 (Korea Bizwire) — Deposits will be needed to buy drinks using disposable cups at cafes and fast-food chains starting in June as part of efforts to reduce plastic waste spiking amid the pandemic, the environment ministry said Tuesday.

Starting on June 10, people will have to pay a deposit between 200 won (US$0.17) and 500 won per disposable cup they buy drinks in at coffee shops and fast-food chains.

The deposit will be given back when they return the used cups to the stores for recycling.

About 38,000 cafes and fast-food restaurants across the country will receive deposits under the government’s decision to apply the system to companies with over 100 branches, according to the ministry.

Eateries will also be banned from using disposable cups at stores and encouraged to reuse items for deliveries.

The measures have been announced as part of the government’s plan to achieve carbon neutrality and move toward sustainable circular economy.