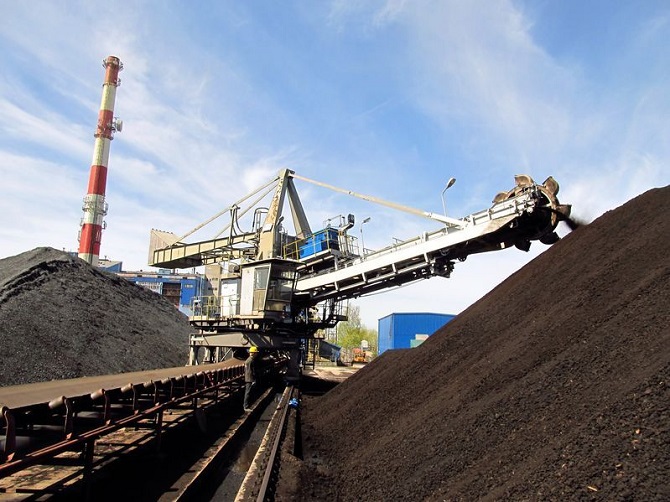 Pittsburgh, PA, Dec. 6 (Korea Bizwire) — A new study by Calgon Carbon Corporation (“Calgon Carbon”), a wholly owned subsidiary of Kuraray Co., Ltd. (TYO: 3405) (“Kuraray”), has provided a definitive response to a persistent question about the fate of PFAS during reactivation of activated carbon. Reactivation is a high temperature thermal process that is commonly used by municipalities and industrial users to recycle their used activated carbon and destroy contaminants it has removed.

“The single-biggest conclusion from the study is that PFAS compounds are effectively removed from spent carbon through the reactivation process, as well as showing greater than 99.99% destruction of PFAS through our furnace and abatement system,” explained Rebecca DiStefano, Senior Applications Engineer at Calgon Carbon.

Remediation-The Journal of Environmental Cleanup Costs, Technologies, & Techniques, featured the findings of Calgon Carbon’s study in a peer-reviewed article published in the autumn issue of the esteemed quarterly journal that focuses on the practical applications of remediation techniques and technologies.

“The data detailed in our article effectively demonstrated the removal of PFAS compounds from granular activated carbon (GAC) and greater than 99.99% destruction of PFAS compounds through the furnace and off-gas abatement system,” said DiStefano, the lead author of the Remediation article.

The study’s findings come at a time of growing concern and increased focus about the impact of PFAS, often referred to as “forever chemicals” because of their inability to break down over time in the environment.

“This is research that no one else in the industry has published.,” DiStefano said. “We don’t want to have these unknowns stay out there and linger in people’s minds. We wanted to answer these questions and move the industry forward and continue promoting GAC as the best available treatment (BAT) technology for removing PFAS.”

GAC is the most widely used and well-established treatment technology for the removal of PFAS contaminants from drinking water and wastewater. Thermally treating GAC at the end of its useful service life – known as spent carbon – is called reactivation, a process that vaporizes and destroys adsorbed contaminants at extremely high temperatures and restores the GAC to a near-virgin state so it can be reused.

In the first stage of Calgon Carbon’s proprietary reactivation process, PFAS-laden GAC is heated in a furnace for several hours at temperatures of up to 1750 degrees Fahrenheit, imparting enough energy to break down PFAS’s carbon-fluoride bonds, the strongest in chemistry.

The off gas from the reactivation furnace then moves into an abatement system, which features a thermal oxidizer/afterburner designed to destroy any organics that were not destroyed in the furnace. From there, it proceeds through a scrubber to neutralize any acid gases, such as hydrogen fluoride, and remove them from the abatement air. Finally, it passes through a baghouse to eliminate particulate matter.

“It’s a combination of our reactivation furnaces and the abatement systems that achieves these very high levels of destruction,” said John Matthis, Global PFAS Team leader at Calgon Carbon. “With other technologies, you may be removing PFAS from the water, but the question is, what do you do with that media once it has PFAS on it? Activated carbon and reactivation are unique because not only are we removing the contaminants from your water, we also are effectively removing them from the carbon – and from the environment as well.”

Jenalle Brewer, Senior Vice President – Drinking Water, Innovative Carbon Tech & Global Business at Calgon Carbon said, “PFAS is portrayed in the media as a relatively recent problem. However, we’ve been offering treatment solutions for PFAS for more than 20 years. Our FILTRASORB activated carbon products help to ensure that ‘forever chemicals’ are forever no more. It’s a problem people thought they had to live with, but as our study has proven, they really don’t.”

To learn more about Calgon Carbon’s study and the FILTRASORB product, visit NoMorePFAS.com.

About Calgon Carbon
Calgon Carbon, a wholly-owned subsidiary of Kuraray Co., Ltd. (TYO: 3405) (Kuraray), is a global leader in the manufacture and/or distribution of innovative coal-, wood- and coconut-based activated carbon products – in granular, powdered, pelletized and cloth form – to meet the most challenging purification demands of customers throughout the world. Calgon Carbon provides purification solutions for more than 700 distinct applications, including drinking water, wastewater, pollution abatement, and a variety of industrial and commercial manufacturing processes. Headquartered in Pittsburgh, Pennsylvania, Calgon Carbon employs approximately 1640 people and operates 20 manufacturing, reactivation, innovation and equipment fabrication facilities in the U.S., Asia, and in Europe, where Calgon Carbon is known as Chemviron. Calgon Carbon was acquired by Kuraray in March of 2018.  With complementary products and services, the combined organization will continue to focus on providing the highest quality and most innovative activated carbon and filtration media products, equipment, and services to meet