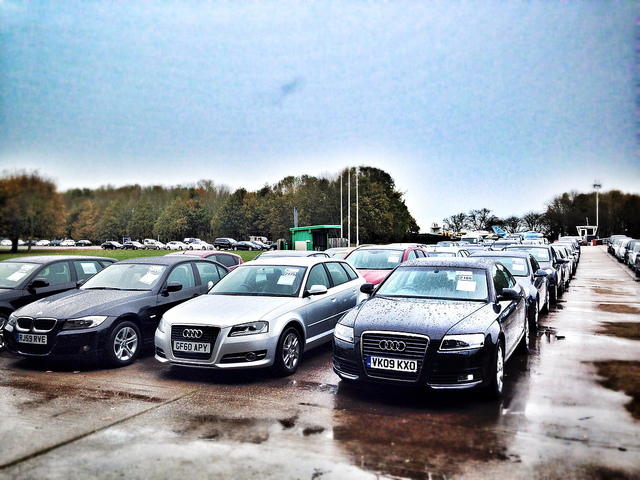 According to the revision, for leases of more than a month, tax on a 2,000cc auto will increase from 19 won per cc to 260 won, for an increase of up to 1,360 percent. (image: Car leasing made simple/flickr)

SEOUL, Dec. 4 (Korea Bizwire) – Car leasing companies are highly likely to shoulder heavy tax burdens starting next January, as the Korean government plans to raise their tax rates. When the policy is implemented, business owners will face tax increases of up to 1360 percent.

The Ministry of Government Administration and Home Affairs pre-announced a revision to the Local Tax Act on November 18. The revision, set to go through legislative procedures after December 8, will include a tax hike on the car leasing industry.

SEE ALSO: Auto Installment Loans and Leases Goes Up 50%, Due to Imported Cars

According to the revision, for leases of more than a month, tax on a 2,000cc auto will increase from 19 won per cc to 260 won, for an increase of up to 1,360 percent. In the case of a 2,500cc vehicle, it will rise from 24 won per cc to 260 won, a jump of 1,080 percent. The government said that it would consider vehicles leased for more than a month as being used for non-business purposes, in a departure from past policies.

The industry strongly opposes the plan. “If the government wants to increase its tax revenue, it is fair to raise taxes on all vehicles regardless of their use. But it imposes the burden only on the industry as it fears public resistance. It is totally unfair,” said Park Sang-kwang, manager of the Korea Rent-a-car Association.

“Car leasing is more than just renting a car to a user. It means that the business owners should provide various services such as insurance and maintenance to the user. As there are already strict regulations in place regarding insurance, maintenance, license plates and the like, it is absurd that the government treats a long-term leased vehicle as an owner-driven car,” he added.

As of the end of October, there were a total of 930 car-leasing companies in operation, with a pool of around 420,000 leased vehicles. But 97 percent of them are small enterprises. Considering the fact that their cumulative net profit is equivalent to 150 billion won, a tax burden that will be increased to 210 billion won will definitely force the companies into a corner.

The association plans to strongly protest the legislation in order to prevent its implementation.