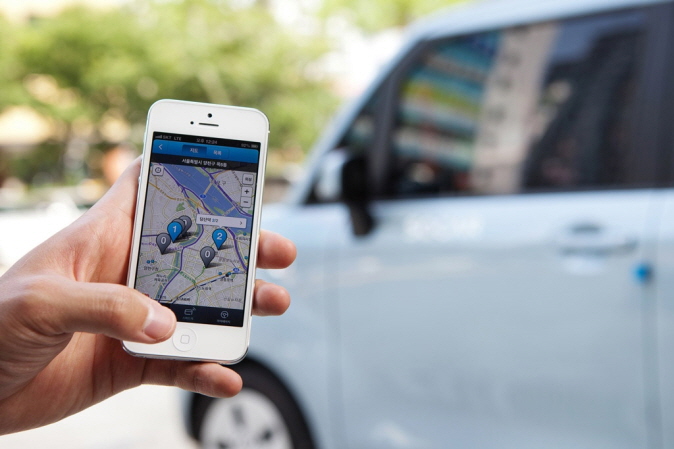 The SOCAR app is seen in this photo provided by the car-sharing company.

SEOUL, Oct. 27 (Korea Bizwire) — South Korea’s car-sharing industry is expanding one-way car return services that allow users to leave rental cars at their destination instead of having to return them to the location of departure.

SOCAR Inc. launched a one-way car return service in ten cities across the country last month. It covers about 80 percent of the nation’s 4,800 SOCAR zones.

During the trial service period from July to August, the service was used about 17,000 times, promising high growth potential.

Meanwhile, People Car is focusing on expanding its one-way service Return Free which launched in August last year. After starting a trial service in Seoul, the company expanded its coverage to Gyeonggi Province.

The car-sharing company said the service was being used about 10,000 times every month, centered on 250 cars and 300 parking lots in Seoul and Gyeonggi Province.

The car-sharing industry’s one-way car return services are emerging as a solution for the shortage of late-night taxis.

Since these types of services can be used for a one-way trip like a taxi, people can rent cars late at night and return them to a convenient location.

To speed up the prevalence of this service, however, the car-sharing industry needs to secure sufficient parking spaces.