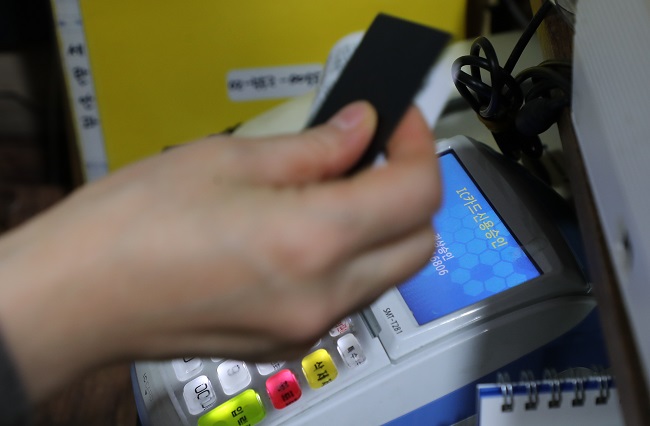 An employee swipes a customer’s credit card through the reader at a restaurant in Seoul on Dec. 23, 2021. (Yonhap)

The daily average settlement made through credit card and other card services came to 2.76 trillion won (US$2.26 billion) last year, up from 2.52 trillion won tallied a year earlier, according to the data from the Bank of Korea.

The growth was driven mostly by a spike in settlement through credit and debit cards, whose daily average increased 10.2 percent and 7.6 percent to 2.16 trillion won and 581 billion won, respectively, the data showed.

During the fourth quarter, the so-called untact settlement accounted for 40.1 percent of the total card transactions.