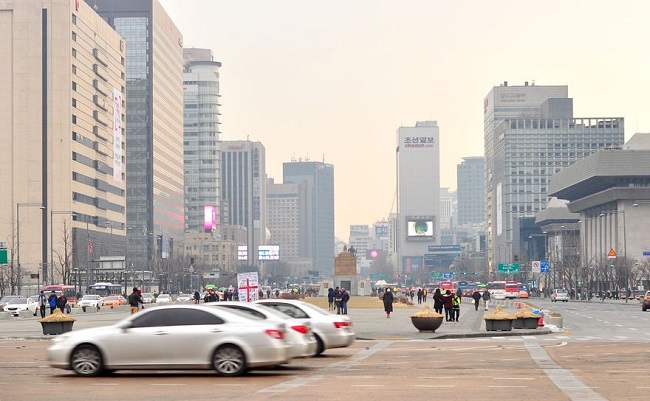 The city’s plans will align with the results laid forth by the “Gwanghwamun Forum”, a group of experts who congregated in May.(Image:Kobiz Media)

SEOUL, Aug. 7 (Korea Bizwire) — Gwanghwamun Square in the heart of Seoul will soon belong to pedestrians as the Seoul city government is reportedly drawing up plans to reconfigure the area. A focal point of the restructuring is redirecting automobile traffic while also beautifying the area.

A city official spoke on the government’s intentions, saying, “In 2009, when Gwanghwamun Square was officially opened, there were many who criticized it for its accessibility problems, the dearth of landmarks denoting its historical importance, and the lack of amenities. The redesigned square will be for pedestrians, not cars, and the spirit of the reconfiguration will be the revivification of the square’s historical importance.”

The city’s plans will align with the results laid forth by the “Gwanghwamun Forum”, a group of experts who congregated in May. One of the principal ideas that arose from the gathering was the need for an entire area dedicated to pedestrians only. To do so, the group proposed measures for the roads Sejongno and Yulgongno to be tunneled underground.

To ensure the feasibility of the proposals, the city government is undertaking a sweeping look at the area. A number of minor and major changes will be made that will restore historical objects such as statues of haetae (dogs with lion’s manes in front of Gyeongbokgung Palace) and streamline walking paths in the area to ensure higher efficiency.

The government is also deliberating on how to improve the accessibility of pedestrians to the area after analyzing visitors’ walking patterns and bicycle routes. One possible solution that has reportedly been floated is the extension of the Shinbundang Subway Line, which would connect the heart of Seoul to the suburb of Yongin. Another possibility is the city improving the bus transit system near the area to cater to public transit users.