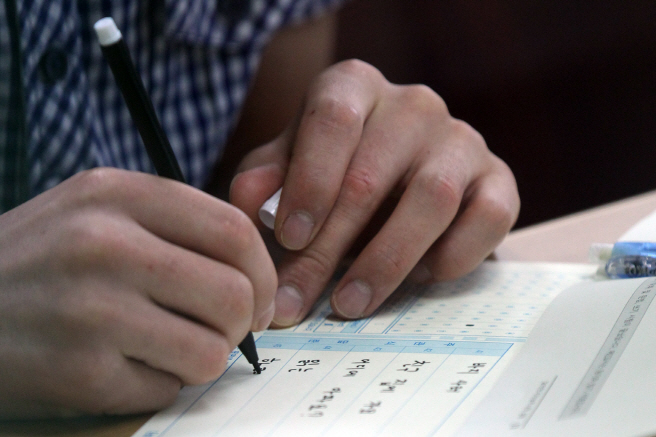 A total of 1,250 applicants were found to have cheated in the language test between 2014 and July this year. (Yonhap)

SEOUL, Oct. 10 (Korea Bizwire) — The number of cheating cases among students taking Test of Proficiency in Korean (TOPIK) is on the rise, with planned group cheating even found in some cases, government data showed Thursday.

A total of 1,250 applicants were found to have cheated in the language test between 2014 and July this year, according to the data submitted by the Education Ministry to Rep. Park Chan-dae of the ruling Democratic Party.

TOPIK is a test for Korean learners who do not speak Korean as a native language. The test results are used for immigration and education purposes, according to the test organizer’s web site.

The highest number of cheating cases were found in the tests conducted South Korea with 741 cases, followed by those held in China with 276 cases, 79 in Vietnam and 74 in Uzbekistan.

Of the cheating cases in 2015-18, 33.8 percent involved electronic devices, while 19.7 percent were tests taken by people other than the applicant.

Some 13.7 percent didn’t comply with the test schedule, and 11.6 percent were found to have exchanged answers with other applicants.

Applicants who were found to have cheated are either banned from taking the exam for two years or have their test scores invalidated.

Park called for stricter monitoring of test applicants. “Since TOPIK is widely used for admissions as well as employment and the number of applicants are on the rise, a stricter crackdown is urgent,” he said.