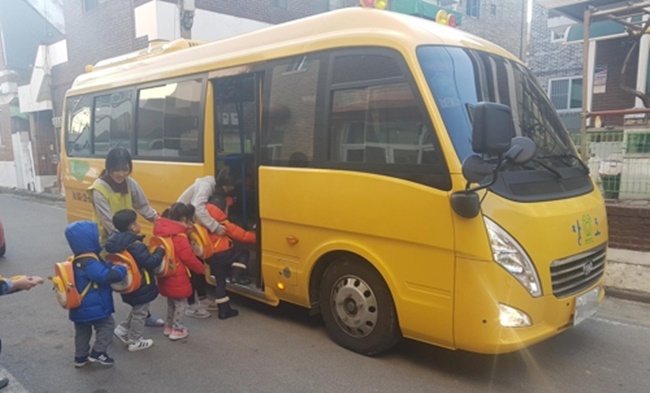 CHEONGJU, Dec. 6 (Korea Bizwire) – The city of Cheongju is trialing smart commuter buses for nursery schools that keep parents informed of the location of their children and make sure that no passengers are left behind.

The project was launched by the Cheongju city government after being commissioned by the Ministry of Science and ICT’s information technology support scheme.

Named as the ‘Yellow Bus’s Safe Boarding Service’, the 140-million-won transport project will see seven smart buses equipped with motion detectors and beacons adopted at four local nursery schools with special needs, which will be operated in tandem with servers at the city hall.

Using a smartphone app, parents will be able to track down the location and the information of the vehicle their children are in, while drivers and teachers can make sure no children are left in the vehicle alone to avoid any possibility of child neglect.

The service comes following criticism that road accidents continue to occur despite new road safety regulations for nursery school commuter buses, and is being seen as a move to address the calls for more preventative measures.

During the trial, the Cheongju city government is expected to make improvements and extend the service to other nursery schools, with plans to request more financial help from the Ministry of Health and Welfare.