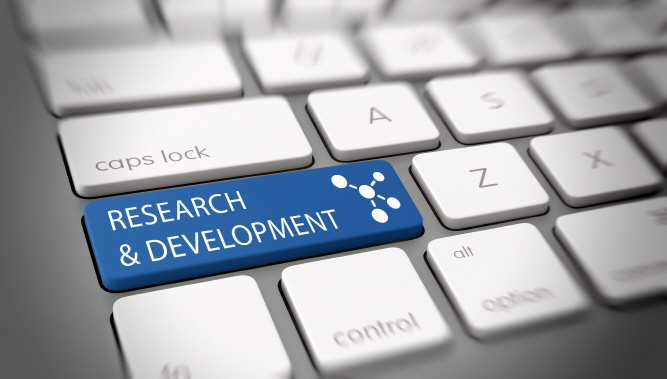 The 14th edition of PwC’s Strategy& Global Innovation 1000 Study shows how innovation investment is related to long-term growth strategies and confidence, with R&D spending increasing across all regions and nearly all industries.

Globally, all regions saw an increase in R&D spend, most notably China (+34%) and Europe (14%) where spending grew by double digit rates, while North America (+7.8%)  and Japan (+9.3%) saw only single digits increases in R&D. Overall R&D intensity – the measure of R&D spending relative to sales – remains at an all-time high of 4.5%.

“The standard of innovation excellence has been rising as businesses have become more competitive in the 21st century. Despite the record high levels of investment, the study’s findings are a further confirmation that innovation excellence isn’t something that can be bought by simply spending more on R&D. Rather, it’s the result of painstaking attention to strategy, culture, senior executive involvement, deep customer insights, and disciplined execution across the innovation cycle.”

In a five-year study of company performance and innovation investment relative to industry peers as part of this year’s report, 88 companies world-wide, across all regions and industries, were assessed as ‘high-leverage innovators’.

These companies outperformed their industry groups on seven key measures of financial success for a sustained five-year period, while at the same time spending less than the median of their industry peers on R&D as a percentage of sales. The basket of seven metrics of financial success include revenue growth, market capitalization growth, operating margin, gross margin, operating profit growth, gross profit growth, and total shareholder return (TSR).

While high-leverage innovators had similar operating and gross margins as other Global Innovation 1000 companies for the five years ending in 2017, the companies demonstrated sales growth which was 2.6 times greater than other companies on the Global Innovation 1000 list and with growth in market capitalization that was 2.9 times higher. High-leverage innovator firms achieved performance at least twice as high as other firms on all other metrics examined. They achieved this sustained superior performance while spending less that the median of their industry peer group on R&D as a percentage of sales for the entire five-year period.

Common characteristics of this set of high-growth companies include:

Regionally, the list reflects the continued dramatic rise of China-based companies — from 3% in the first High-leverage Innovators assessment in 2007 to 17% in 2017. Europe too increased significantly from 18% in 2007 to 30% in 2017.  The number of high-leverage innovators fell 45% for North American companies and 8% for Japanese companies.

By industry, the number of high-leverage innovators rose from 2007 to 2017 in telecommunications, consumer, healthcare, industrials, autos, and aerospace and defence, while the numbers fell in chemicals and energy, computing and electronics, and software and internet.

Of over 1,000 companies examined across three distinct five-year periods ending in 2007, 2012 and 2017; only two companies attained the status of high-leverage innovator across the entire 15-year period:  Apple and Stanley Black & Decker.

“The success of these high-leverage innovators reaffirms a consistent finding of our study over time: there is no long-term correlation between the amount of money a company spends on its innovation efforts and its overall financial performance. Instead, what matters is how companies use that money and other resources, as well as the quality of their talent, processes, and decision making, to create products and services that connect with their customers unarticulated needs.”

About Strategy&
Strategy& is a global team of practical strategists committed to helping you seize essential advantage. We do that by working alongside you to solve your toughest problems and helping you capture your greatest opportunities. We bring 100 years of strategy consulting experience and the unrivaled industry and functional capabilities of the PwC network to the task. We are part of the PwC network of firms in 158 countries with over 250,000 people committed to delivering quality in assurance, tax, and advisory services.

© 2018 PwC. All rights reserved. PwC refers to the PwC network and/or one or more of its member firms, each of which is a separate legal entity. Please see www.pwc.com/structure  for further details.