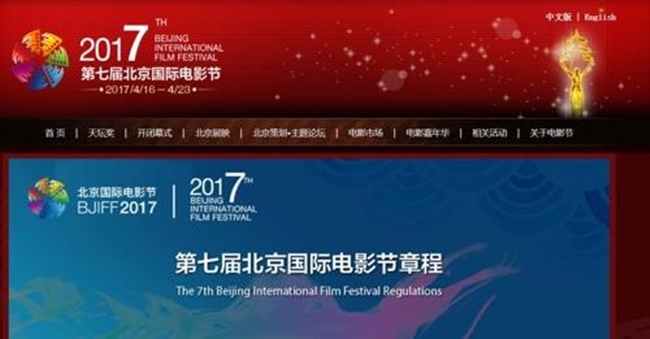 BEIJING, March 28 (Korea Bizwire) – No Korean film will be shown in the upcoming film festival in Beijing, industry sources here said Tuesday in what appears to be the latest development in the on-going diplomatic feud between the two countries over an anti-missile defense system.

The sources said a few Korean films were invited to the 7th Beijing International Film Festival taking place on April 16-23 but won’t get screening time.

“The film festival had invited Korean films, but the screening plan has been scrapped by the Chinese authorities,” a source told Yonhap News Agency.

The conspicuous absence of Korean films and actors will mark a stark difference from last year when many Korean stars, including Lee Min-ho and Kim Woo-bin, graced the festival.

“In the last year’s event, several Korean films were screened and even some were nominated in several sections. But there is no Korean film on this year’s screening list,” the source said.

In recent months, Beijing has intensified its protest against Seoul’s decision to set up the American anti-missile system called THAAD on the Korean Peninsula. The offensive has been ruthless especially on the cultural and tourism sectors. It ordered tour agencies to stop selling tour packages to Korea and banned Korean TV programs from being aired in China.

Recently, actor Ha Jung-woo’s plans to star in a Chinese movie with actress Zhang Ziyi have been called off. Zombie flick “Train to Busan,” starring popular actor Gong Yoo, has yet to be premiered in China even though the film was sold to the country last year.

According to data from the Korean Film Council, not a single Korean film was released in China last year.