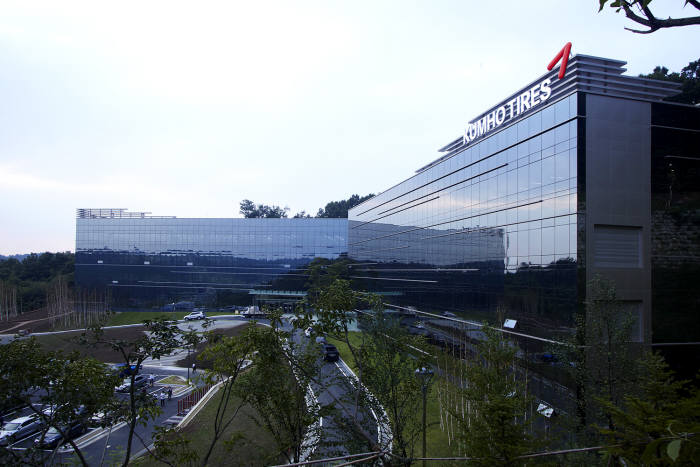 Qingdao Doublestar signed a deal with the creditors, led by state-run Korea Development Bank (KDB), in March to buy a 42.01 percent stake in Kumho Tire for 955 billion won (US$838.5 million).

After months of a bitter dispute over the use of Kumho Tire’s brand, the Chinese company submitted documents earlier this week for an approval from the South Korean government in what appeared to be a final step to complete the acquisition.

However, Qingdao Doublestar has recently demanded its creditors to cut the price, the official said.

Under the terms of the March deal, Qingdao Doublestar has the right to cancel the deal if Kumho Tire’s operating profit falls more than 15 percent on year as of Sept. 23, when the contract ends.

“Instead of canceling the deal, Qingdao Doublestar demands us lower the price,” the official said on the condition of anonymity.

In the first six months of this year, Kumho Tire suffered an operating loss of 50.7 billion won, compared with a profit of 55.8 billion won for the same period last year.

If the creditors accept Qingdao Doublestar’s demand, it would allow the chairman of Kumho Asiana Group, parent of Kumho Tire, to exercise his right to buy back the tiremaker.

It remains unclear whether the creditors will accept the demand or not, according to the official.