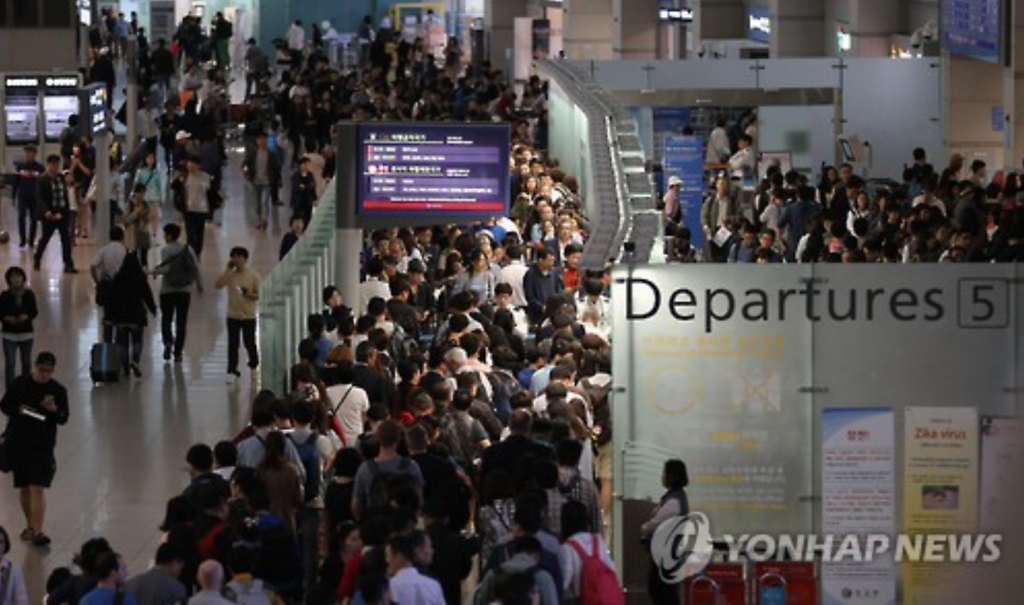 Earlier this month, the China National Tourism Administration (CNTA) said it will closely look into “irrationally” cheap travel packages over the next six months, vowing to conduct investigations into local tour operators and review their contracts to crack down on low-quality programs.

While the guideline was not targeted at a certain country, the new rules were taken seriously among South Korean tour operators that have competitively courted Chinese group travelers with very cheap programs over the past years.

According to industry officials, major Chinese travel booking sites have dropped listing all-inclusive Korean package deals priced below US$300 over the past few weeks.

Last year, a total of 5.98 million Chinese travelers visited South Korea and spent $2,391 per person during their stay here.

“As China’s latest regulations could limit promotional efforts through tour agencies, we will have to step up marketing efforts to attract individual travelers from China,” an official at the state-run Korea Tourism Organization said.

On Tuesday, shares of tour agencies and duty-free stores that heavily rely on Chinese travelers took a hit from Beijing’s latest move.