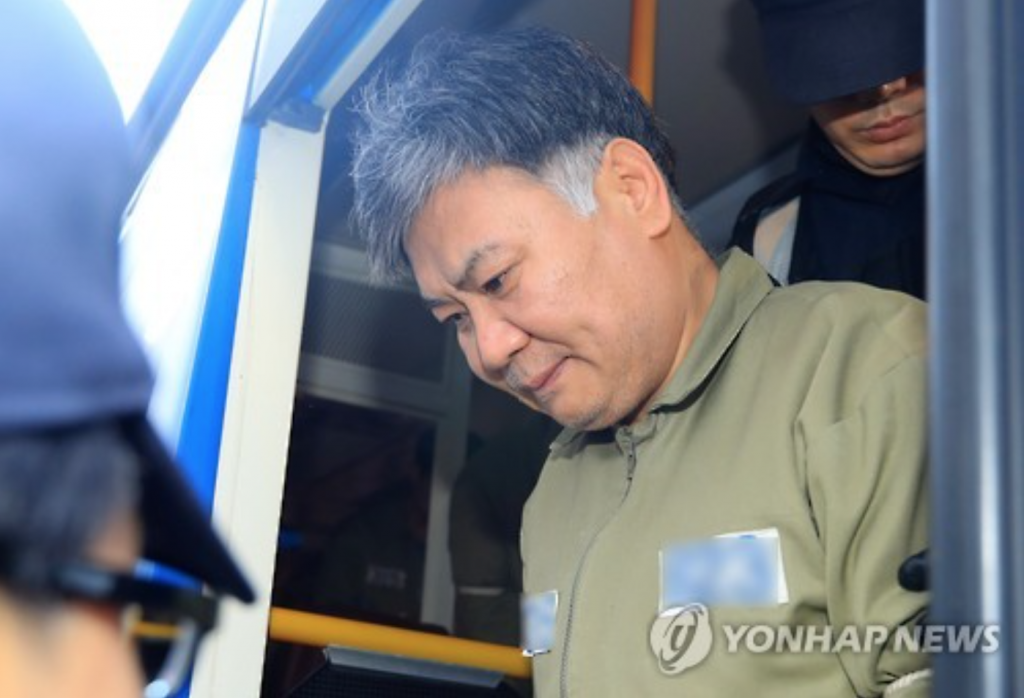 Chinese murder suspect Chen Guorui arriving at the Jeju District Court on February 16 for a sentencing hearing on suspicions of killing a South Korean woman who was praying at a Catholic church the previous year. (image: Yonhap)

JEJU, South Korea, April 26 (Korea Bizwire) – A local appellate court on Wednesday sentenced a 51-year-old Chinese man to 30 years in prison for murdering an unrelated South Korean woman who was praying at a church on the country’s southern resort island of Jeju last year.

Chen Guorui attacked the 61-year-old woman, identified only by her surname Kim, in September when she was praying alone inside a Catholic church. The victim was rushed to a nearby hospital, but was pronounced dead a day after the incident took place.

The Jeju District Court overturned a 25-year sentence handed down to the defendant earlier in February, saying the original sentence was too light.

“The crime was very brutal and premeditated,” the court said. “The defendant does not show any signs of remorse and the bereaved family has also asked for a strict punishment.”

The court of first instance had earlier said it took into consideration that the defendant has been mentally feeble for the past five to six years.

During a police investigation, Chen said he killed Kim because she reminded him of his former wives who ran away after having extramarital affairs.

But during questioning by the prosecution, he changed his statement and said he committed the crime to be jailed here and to not go back to China.

Chen entered the country through a visa-free program for Chinese tourists less than a week before he committed the crime and was scheduled to leave a few days later.

The case sparked a public outcry along with a series of other crimes committed by Chinese tourists on the island.