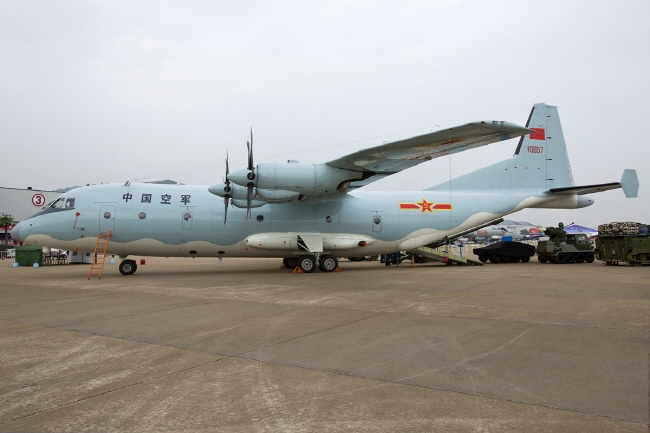 The aircraft entered the country’s air defense identification zone, called KADIZ, at around 10:21 a.m. from an area near Jeju Island and Ieo Island and exited it half an hour later, according to the Joint Chiefs of Staff (JCS).

A JCS official said the aircraft is believed to be a Y-9 type reconnaissance plane.

The Air Force deployed fighter jets to track the aircraft and sent a warning message in a “normal tactical” measure, he said.

Later in the day, the South Korean defense ministry called in a military attache at China’s embassy in Seoul to lodge a protest and call for measures to prevent any recurrence.

The foreign ministry also said it called in a Chinese official from the embassy here and expressed regrets while urging the taking of appropriate measures.

A Chinese military plane also entered the area a month earlier, and it is the eighth time that a Chinese airplane has entered the KADIZ so far this year.

A section of the KADIZ overlaps with the air defense zones designated by China and Japan, a source of potential tension among the regional powers.

An air defense identification zone, or ADIZ, is an area of the skies declared by a state for the early identification and location of foreign planes approaching its territory. It is not defined in any international law or treaty.