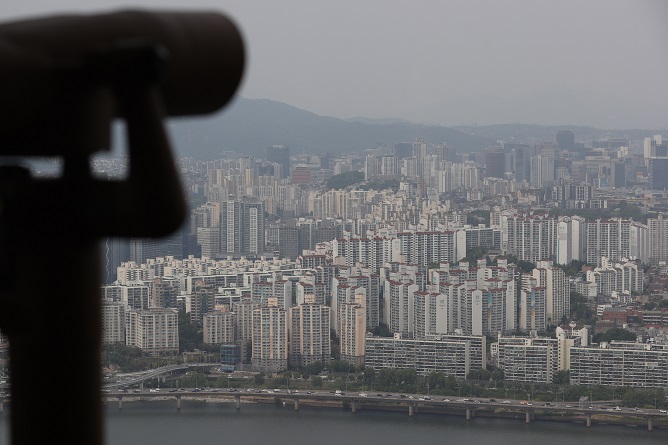 This photo taken May 19, 2022, shows apartment complexes in Seoul. (Yonhap)

SEOUL, May 22 (Korea Bziwire) — Chinese people purchased nearly 7,000 buildings in South Korea last year, with more than half of the properties being from the Greater Seoul area, a ruling party lawmaker said Sunday.

A total of 6,640 buildings, including apartments, were purchased by Chinese nationals last year, and 2,659 of them are located in Gyeonggi Province, which surrounds the capital city of Seoul, Chung Woo-taik, a lawmaker of the ruling People Power Party, said in a report, citing the National Assembly Research Service.

Chinese people also bought 1,220 buildings in Incheon, west of Seoul, and 736 buildings in Seoul last year, according to the report.