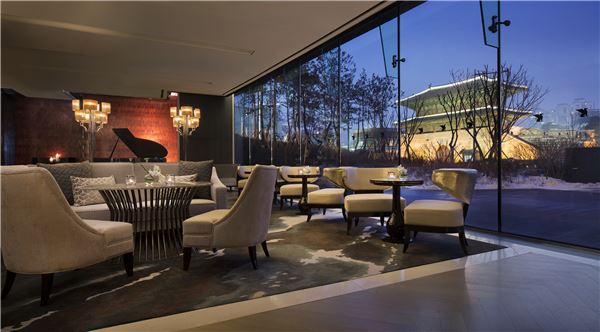 SEOUL, Korea, Feb 6 (Korea Bizwire) – Seoul’s old downtown area including Dongdaemun, Jongno, and Insa-dong is emerging as a new center for upscale hotels, largely thanks to the inflow of Chinese tourists. Until recently, the main area in downtown Seoul hosting most hotels was Myung-dong and Euljiro, with the likes of Lotte, Westin Chosun, and The Plaza.

The recently opened 170-room five-star JW Marriott Dongdaemun Square Seoul, however, is changing the landscape of Dongdaemun, the district hitherto known as discount clothing stores and sporting goods. Other hotel operators are to follow suit, with Lotte City Hotel to set up shop nearby in October, as well as business hotels such as ibis Budget Ambassador Dongdaemun to be open by the year’s end and Hyatt Place Seoul coming in 2016.

The biggest factor leading to the change in hotel landscape is Chinese tourists. The number of Chinese visitors to Korea last year was 4.33 million, up 52.5 percent from the previous year. Still they have had difficulties finding hotels in Seoul and had to stay far outside the city. The districts like Dongdaemun, Jongno, and Insa-dong have quickly becoming magnets to hotels mainly because there are so many shopping options and attractions in walking distance.

Simon Cooper, president for Asia Pacific at Marriott International Inc., said, “Dongdaemun is the center for fashion in Seoul, with numerous historic sites nearby, which is good for us to host guests.”

Most hotels newly opened in these areas have a common feature that they are inexpensive. For example, Center Mark Hotel in Insa-dong charges a little over 100,000 won a night, only a third of what five-star hotels elsewhere in Seoul charge. According to an official at the hotel, 30 percent of its guests are Chinese. As hotels in Seoul’s downtown area move toward four-star, budget-type lodgings, most luxury, five-star ones are shifting to Gangnam. An industry official said, “Most foreign visitors with fat wallets tend to stay and spend time in Gangnam. When they shop, they shop in places like Garosu-gil in Gangnam’s Apgujung-dong instead of Dongdaemun. That’s why most luxury hotels and in some cases six-star hotels prefer locating in the south of the Han River.”