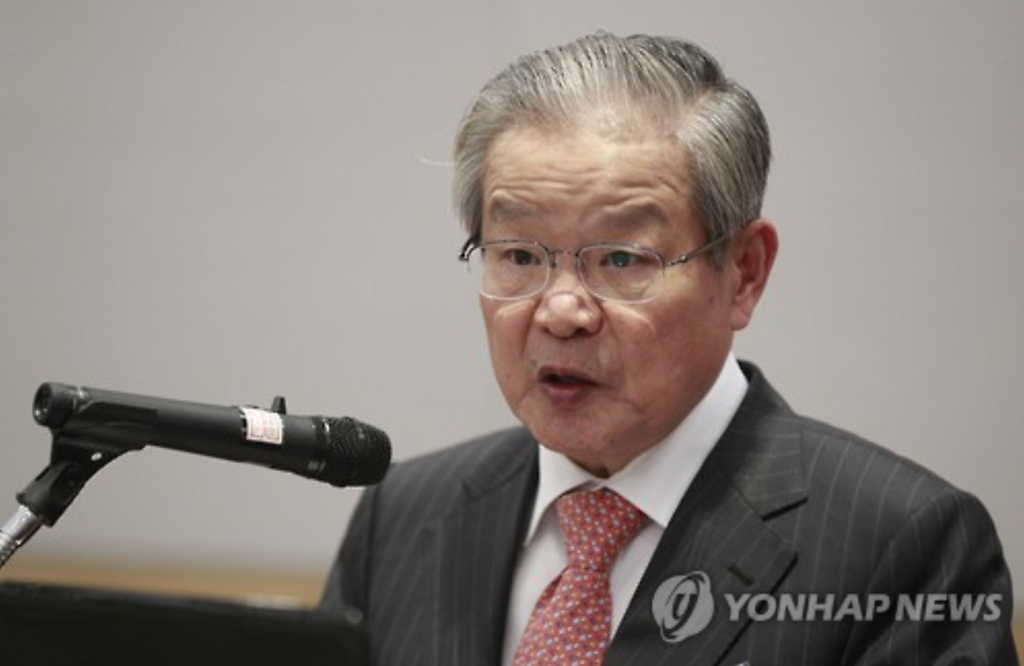 “Officials continue to fail in resolving the current situation in accordance with the laws and the constitution, which makes me feel that Korea is not yet a mature nation,” said Kwon Tae-shin, president of the Korea Economic Research Institute. (image: Yonhap)

SEOUL, Nov. 22 (Korea Bizwire) – During Monday’s symposium celebrating Korea’s 20th anniversary of joining the OECD, experts pointed out that Korea has still a long way to go as a developed country, as reflected in the current political crisis.

“The Korean government urges corporations to make financial donations every time a new president assumes office, which has no legal basis whatsoever,” said Kwon Tae-shin, president of the Korea Economic Research Institute. “This is the reason behind the negative public sentiment towards big corporations, and makes it difficult to run businesses in Korea.”

“The regulations are vague, and all government approvals seem to depend on which public official you make deals with,” he added. “Officials continue to fail in resolving the current situation in accordance with the laws and the constitution, which makes me feel that Korea is not yet a mature nation.”

Yang Soo-gil, head of the Korea chapter at the UN Sustainable Development Solutions Network, made similar claims, saying that he feels despaired at the fact those in power violated Korea’s economy, instead of supporting it.

“Failing to solve the current situation will result in the collapse of the astounding development Korea made over the past 50 years,” Yang said.

“Although with the title of a developed country, we don’t seem to have the structure to sustain that stature,” also condemned Cho Jang-ok, executive committee member at the Korean Economic Association. “The ruling party continues to struggle, while opposition parties are just enjoying the current situation. And no one seems to be willing to step up for reforms.” 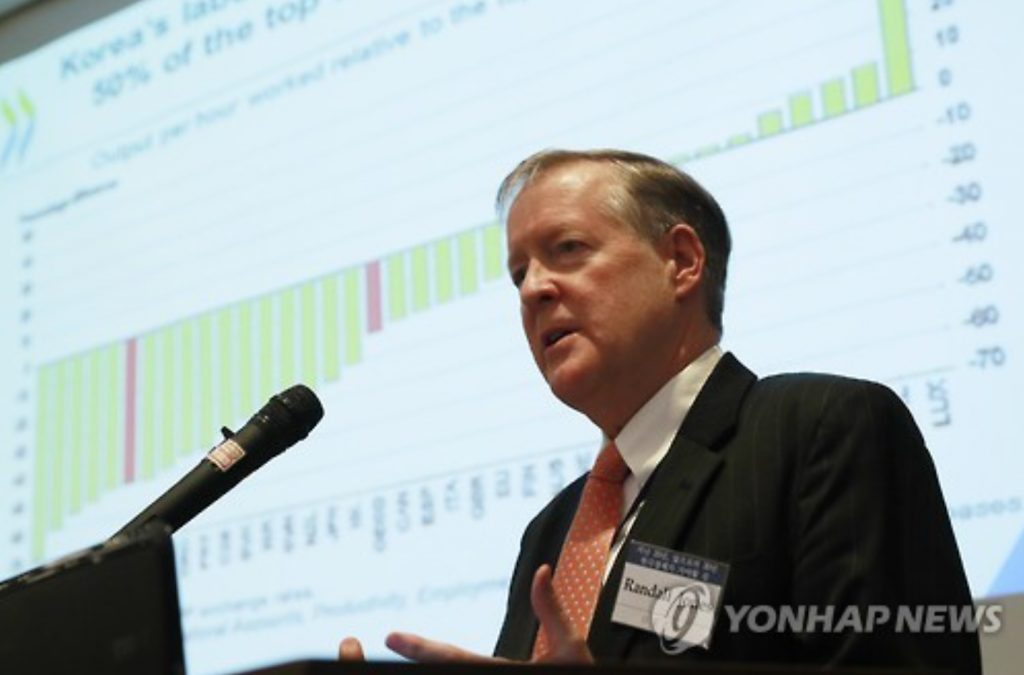 Randall Jones, head of the Japan/Korea desk at the OECD. (image: Yonhap)

“Korea is the fourth highest among OECD nations in terms of the Product Market Regulation index, and its fierce regulations have become a stumbling block for economic growth,” said Randall Jones, head of the Japan/Korea desk at the OECD.

Jones also mentioned that Korea’s labor productivity is a mere half of the top 17 OECD nations, which he said can be improved by promoting a positive image of entrepreneurship, making investment in venture capital, alleviating market barriers for direct foreign investment, and employing more women.