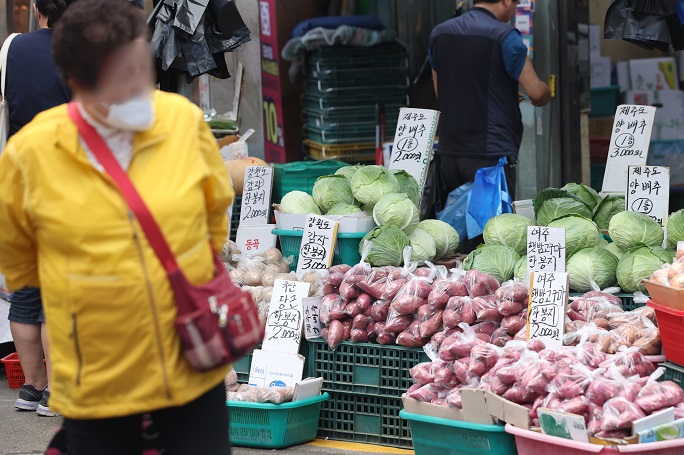 A woman walks by vegetables on display at a traditional market in Seoul on Aug. 29, 2022. (Yonhap)

Charye is a ceremonial Chuseok ritual honoring deceased ancestors and is usually accompanied by various types of traditional Korean food and liquor.

The estimate was compiled based on a survey of retail prices of 29 types of food produce used in preparing a charye table at eight different traditional markets across the country.

Of them, key vegetable items saw price hikes of above 20 percent following nationwide heat waves and torrential rains that submerged major regions across the country this month.

Meat prices also rose as a result of a global hike in grain prices, with the cost of 1 kilogram of imported pork climbing 15.2 percent, the center said.