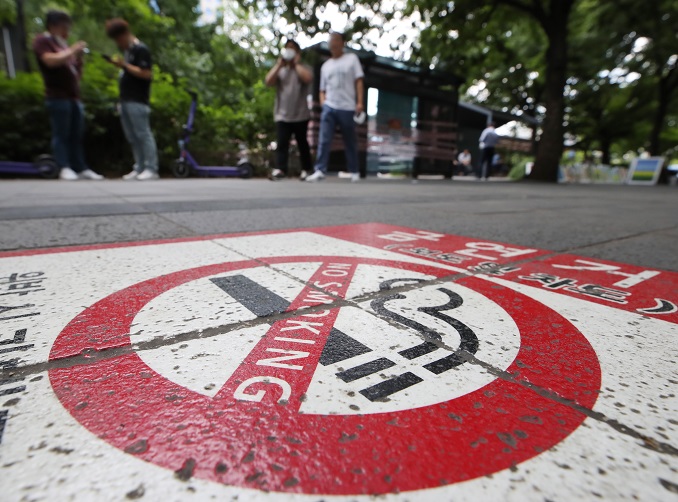 This file photo, taken July 15, 2021, shows people smoking cigarettes in front of a closed smoking booth in the financial district of Yeouido in western Seoul. (Yonhap)

South Korean smokers purchased 3.59 billion 20-cigarette packs in 2021, similar to the number logged the previous year, according to the Ministry of Economy and Finance.

Demand for traditional cigarettes declined as people preferred the use of electronic cigarettes amid tighter virus curbs and an expansion of telecommuting, according to the ministry.

The government said this indicated the nation’s anti-smoking campaign had an impact on curbing smoking.

The government mandated that tobacco companies place graphic images depicting the harmful effects of smoking on the upper part of cigarette packs in 2016.

As of 2020, the smoking rate among Korean men aged 19 or older reached a record low of 34 percent, down 1.7 percentage points from a year earlier, according to the health ministry.