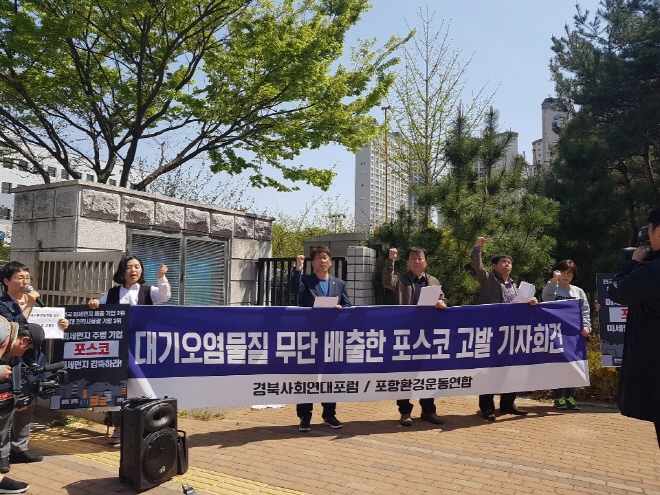 The civic groups, led by the Korean Federation for Environmental Movement and its regional chapter in Pohang, where POSCO’s headquarters are located, argued in the complaint that the steel giant has discharged toxic gases and dust in the process of facility maintenance and restarting of operations.

The complaint was filed with the Pohang branch of the Daegu District Prosecutors’ Office.

“A recent report by KBS found toxic gas and dust are periodically discharged through emergency valves of POSCO’s blast furnace, called a breather,” said the civic groups in their complaint.

“POSCO has been exempted from the installation of preventive facilities by the Ministry of Environment on condition that the furnace breathers are used only in an emergency. The company has also discharged an enormous amount of pollutants without permission for safety reasons,” they argued.

The civic groups then called for joint public-private research into illegal air pollutant emissions by all local steel manufacturing companies.

“POSCO has long discharged huge amounts of air pollutants through the breather valves of its blast furnaces. But the problem has been in the supervisory blind spot,” the complaint said.