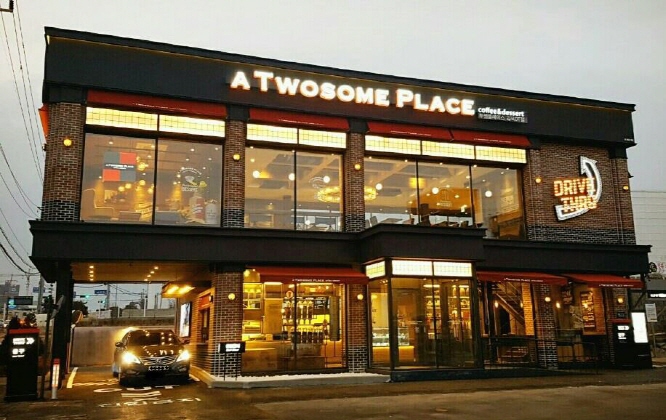 A branch of A Twosome Place. (image: CJ Foodville)

SEOUL, Apr. 30 (Korea Bizwire) — CJ Foodville, the restaurant arm of food and entertainment conglomerate CJ, said Tuesday that it has decided to sell its coffee chain operator to a foreign private equity fund (PEF) for some 200 billion won (US$171 million) to improve its financial footing.

The company’s board of directors approved a plan to sell a large chunk of its stake in A Twosome Place to Anchor Equity Partners. The Hong Kong-based PEF already has a 40 percent stake in the coffee brand.

Should the deal go smoothly, the PEF will own some 85 percent of the coffee chain, and CJ Foodville’s interest will be reduced to 15 percent from the current 60 percent.

A Twosome Place is the second-largest coffee chain in South Korea after Starbucks, with estimated sales of 274 billion won in 2018. The brand logged an operating income of 29.2 billion won last year.

The brand was spun off from CJ Foodville in February last year.