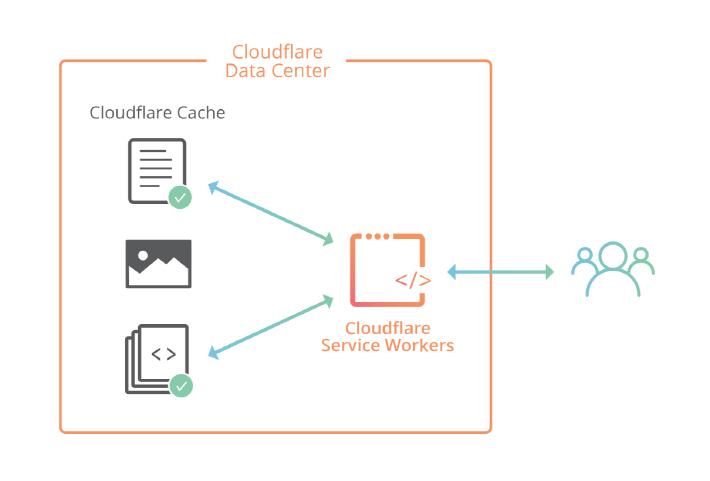 SAN FRANCISCO, Mar. 13 (Korea Bizwire) — Cloudflare, the leading Internet performance and security company, today announced the general availability of Cloudflare Workers, a new way for developers to deploy and execute their code directly at the edge of Cloudflare’s global network.

Cloudflare Workers gives developers a third place  to deploy their code close to their customers — at the edge of Cloudflare’s ever-expanding global network — bringing the power and flexibility of a cloud data center, and the redundancy of a massively distributed system, within milliseconds of virtually every Internet user.

“Prior to today, the only way to write code that ran at the edge of Cloudflare’s network was to be a Cloudflare employee. Cloudflare Workers opens the scale of our global network to any developer,” explained Matthew Prince, co-founder and CEO of Cloudflare. “By bridging the front-end and back-end with a third place to develop code, we’re excited Cloudflare Workers will empower a new class of applications that were previously impossible. I can’t wait to see what developers build.”

The benefits of Cloudflare Workers include:

“At Postmates, customer trust is the most important thing,” said Aabhas Sharma, Infrastructure Lead at Postmates. “We needed a way to do a high volume of redirects without dedicating additional internal resources. Ultimately, Cloudflare Workers gave us a simpler way to build flexibility and fine-grained control into our systems at the edge for a more reliable and secure process.”

“Moving away from VCL and adopting Cloudflare Workers will allow us to do some creative routing that will let us deliver JavaScript to npm’s millions of users even faster than we do now,” said CJ Silverio, CTO of npm, Inc. “We will be building our next generation of services on Cloudflare’s platform and we get to do it in JavaScript!”

The uses cases for Cloudflare Workers are emerging across a variety of verticals:

To learn more about Cloudflare Workers, please check out the resources below.

About Cloudflare
Cloudflare, Inc. (www.cloudflare.com / @cloudflare) is on a mission to help build a better Internet. Today the company runs one of the world’s largest networks that powers more than 10 trillion requests per month, which is nearly 10 percent of all Internet requests for more than 2.5 billion people worldwide. Cloudflare protects and accelerates any Internet application online without adding hardware, installing software, or changing a line of code. Internet properties powered by Cloudflare have all web traffic routed through its intelligent global network, which gets smarter with each new site added. As a result, they see significant improvement in performance and a decrease in spam and other attacks. Cloudflare was recognized by the World Economic Forum as a Technology Pioneer, named the Most Innovative Network & Internet Technology Company for two years running by the Wall Street Journal, and ranked among the world’s 50 most innovative companies by Fast Company. Headquartered in San Francisco, CA, Cloudflare has offices in Austin, TX, Champaign, IL, New York, NY, Washington, DC, London, and Singapore.