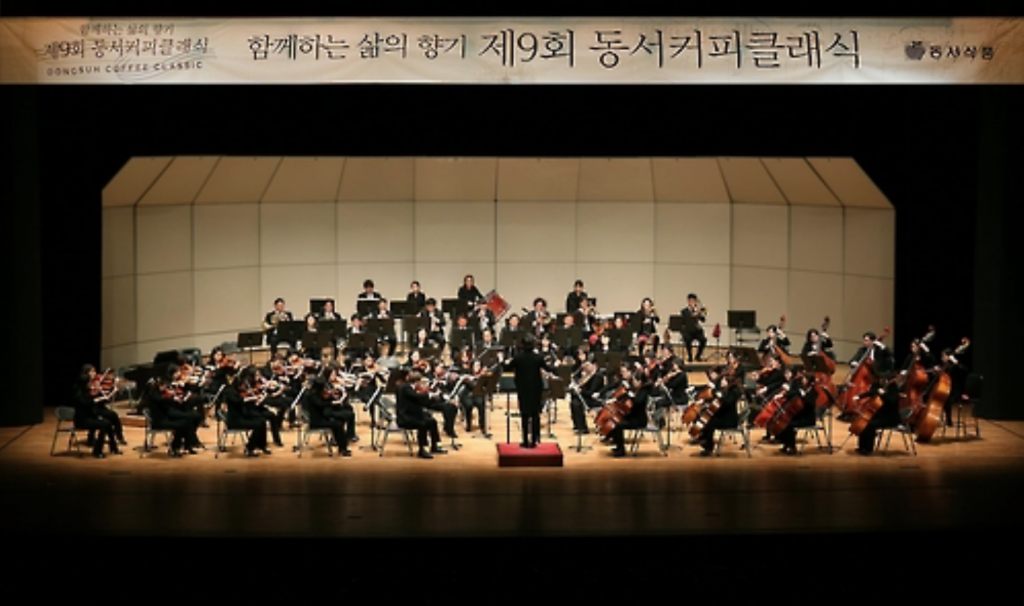 SEOUL, Nov. 30 (Korea Bizwire) – Coffee companies are engaging in cultural promotions as a way of improving their brand image with customers through hosting mini concerts and art exhibitions.

Dongsuh Food, famous for its instant coffee mix brand Maxim, recently hosted its latest classical music concert in the southwestern city of Jeonju on Nov. 2. The company began the “Dongsuh Coffee Classic” series in 2008 as a cultural sharing event and to help promote the music genre in the country. The concert has toured throughout the nation before its ninth event in Jeonju that drew an audience of some 1,600 poeple, according to the company.

Maeil Dairies Co. has been holding classical music concerts from 2003, starting in Seoul. It, too, has been on a national tour, adopting different concepts for each event. This year’s theme was “Bohemian travel” and held in the suburban outskirts of Seoul. The aim, the company said, is to provide a cultural experience to customers everywhere.

Other firms are involved in art exhibitions and performances. Tom N Toms is arranging its 19th gallery exhibition at nine of its stores in Seoul and its vicinity until Jan. 2 next year. The exhibit, started in 2013, serves as a project to discover and support promising new artists, the company said. Tom N Toms takes care of all planning and operation of the exhibits that are mostly advertised through social networking services.

Dal.komm Coffee selects an artist of the month who is invited to hold small concerts at its branches throughout the country. The concert is given for free.

Droptop gives out 200 tickets for different performances every month after selecting winners through the company’s website. The company has so far offered tickets to musicals and magic shows.