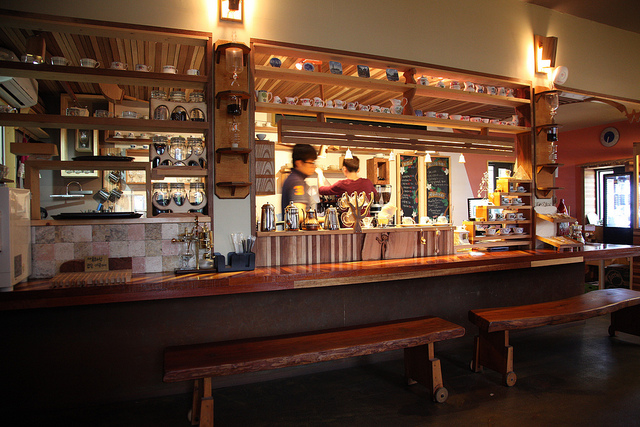 The Korea Leisure Foodservice Industry Association recently gave up its application with the commission for designating the whole coffee shop industry as befitting for small business operators only. (image:Jinho.Jung/Flickr)

SEOUL, June 11 (Korea Bizwire) –  As the discussion on redesignating enterprise types fit for small business owners begins again in earnest after three years, controversies are expected as to which business areas will be affected and how much the regulation will be expanded.

Until now, a number of unintended consequences have occurred, including mid-sized franchisers were barred from entering a certain business area, while foreign-based franchisers benefited unexpectedly because they were not subject to the regulation.

According to the National Commission for Corporate Partnership and industry sources on June 8, the commission will take opinions from businesses on whether the 82 business items under protection would be renewed without any modification. The final guideline will be finalized on the 11th when the commission holds its 28th meeting.

The cases to be reviewed for lifting of the regulation include those mid-sized firms that have grown up from small businesses, domestic large corporations that may be disadvantaged by the regulation, industrial sectors that have seen more than 10 percent of annual job growth, items that can be protected by other means such as liquor license issuing by the National Tax Service, and items dominated by a few small businesses.

To this, small business interest groups argued that the new designation is biased in favor of large corporations who have pressured the National Commission for Corporate Partnership to lift the regulations. The by far biggest sticking point is whether to extend the regulation to foreign operators as well.

The new proposal under discussion said any foreign company with more than a 30-percent stake in its Korean operation must be treated in the same way as the fully domestic large corporations.

The Korea Leisure Foodservice Industry Association recently gave up its application with the commission for designating the whole coffee shop industry as befitting for small business operators only. The association figured its application wouldn’t pass the deliberation process.

Instead, the association, jointly with the Federation of Korean Industries, a large corporation interest group, will discuss ways to expand win-win cooperation between large and small companies.

Some analysts interpreted that the latest pullout of the association was based on the judgment that it would hurt the whole coffee shop industry by putting shackles on larger operators. In addition, it was in consideration of the fact that it would trigger a trade friction by regulating foreign coffee purveyors.