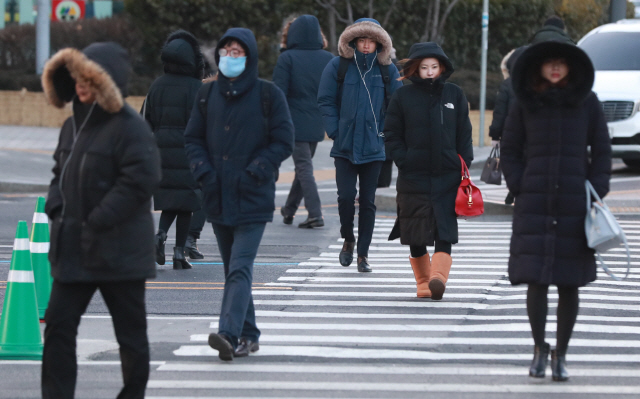 Among the locations, the mercury fell to record lows for the year so far of minus 4 C in Seoul, minus 6.9 C in Paju and minus 4.6 C in Dongducheon, both north of Seoul, minus 3.4 C in Incheon, west of Seoul, and minus 2.9 C in Suwon, south of Seoul.

The temperatures detected at an automatic weather station in Cheorwon, in the central section of the inter-Korean border in Gangwon Province, and nearby Gimhwa sank to minus 10.9 C.

As of 7:00 a.m., cold wave warnings were issued for Seoul and many places across the country.

The agency forecast that temperatures nationwide will fall by 10 to 15 degrees compared with the previous day, warning that the cold weather is likely to continue the next day.