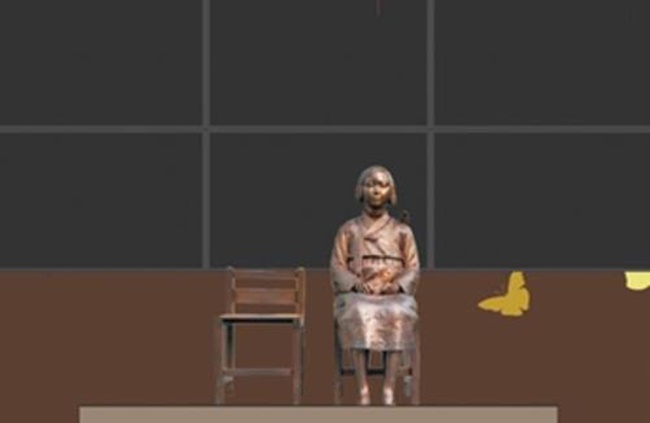 The girl statue will be installed inside the Museum of Korean American Heritage in Manhattan following an unveiling ceremony at the site on Friday. (Image: the Korean American Association of Greater New York)

The girl statue will be installed inside the Museum of Korean American Heritage in Manhattan following an unveiling ceremony at the site on Friday.

“We want to look back on our painful history that can never be erased, and ensure that such a tragedy never recurs,” an official of the association said.

Historians estimate that up to 200,000 women, mostly from Korea, were forced to work in frontline brothels for Japanese troops during World War II. Korea was a Japanese colony from 1910-45.

The statue will be the fourth of its kind in the United States. The others are in California, Michigan and Georgia.

South Korea and Japan struck a deal in late 2015 to resolve the issue of the so-called “comfort women” through an apology and reparations from Tokyo.

The Moon Jae-in government, which took office in May, has hinted at scrapping the deal amid criticism Japan has violated the spirit of the agreement.