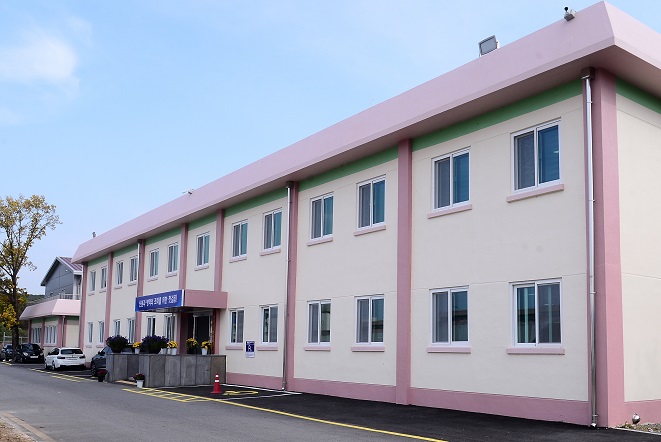 This file photo shows an accommodation for conscientious objectors on alternative military service at the Daejeon Correctional Institution in the central South Korean city. (Yonhap)

SEOUL, Jan. 27 (Korea Bizwire) — A conscientious objector, now carrying out his alternative military service as a prison staff member under the current law after refusing to enlist for religious reasons, has filed a constitutional appeal contending that the alternative military service law is unconstitutional due to its punitive nature, judicial officials said Wednesday.

By law, all able-bodied South Korean men must carry out military service for 18 to 22 months.

But the National Assembly passed the Act on the Assignment and Performance of the Alternative Service in 2019, allowing conscientious objectors who refuse to take up arms for religious reasons to do 36 months of alternative service at local correctional facilities.

According to the officials, the conscientious objector, who began his alternative military service at a local prison last year, filed the petition with the Constitutional Court on Monday, saying that the alternative service act violates the freedom of conscience and the rights to happiness and equality.

In particular, the petitioner insisted that two clauses of the law, which require 36 months of in-camp service twice the active-duty service duration of 18 months, run counter to the Constitution, due to their punitive nature.

It is the first time that a constitutional petition has been filed in relation to the alternative service law.

The petitioner has been known as a believer of Jehovah’s Witnesses, who was recognized by the Supreme Court as a conscientious objector last year.

Following the parliamentary passage of the alternative service law in December 2019, the first batch of 63 men began their assignments at local detention facilities, such as serving and cooking meals and supporting facility management, in October last year.

Conscientious objectors in South Korea have long drawn a heated debate as to whether their claims for the right to refuse to perform military service should be tolerated in a country where national security remains an important issue amid tension with North Korea.