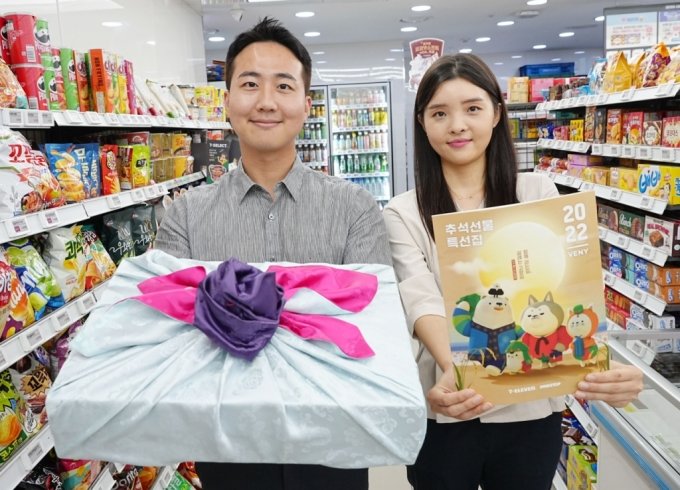 SEOUL, Aug. 11 (Korea Bizwire) — South Korea’s convenience store chains have launched sales of gift sets for the upcoming Chuseok holiday from Sept. 9-12. Among such gift sets, a variety of rare and extraordinary items are drawing interest from customers.

GS25 is rolling out luxury liquor gift sets, including DRC Romanee-Conti 2017 valued at about 79 million won (US$60,740), Dom Perignon Champagne and Vintage Wine.

Amid the recent hike in travel demand, the company plans to start selling a travel product titled “Stay on Jeju Island for One Month” in collaboration with Hanwha Resort.

The retailer teamed up with local EV maker DPECO to release two types of ultra-small electric trucks and electric vans that customers can purchase through advance reservation after perusing catalogs at company stores.

7-Eleven plans to show off a variety of luxury brand bags and wallets, including products from Gucci, Yves Saint Laurent, and Prada, as well as extraordinary items such as golf balls made of pure gold.

For customers with thinner wallets who are likely sensitive to the soaring prices brought on by high inflation, 7-Eleven also intends to release highly cost-effective gift sets.

In addition, the company will also showcase home electronics such as refrigerators and air dressers and extraordinary plants and drones.