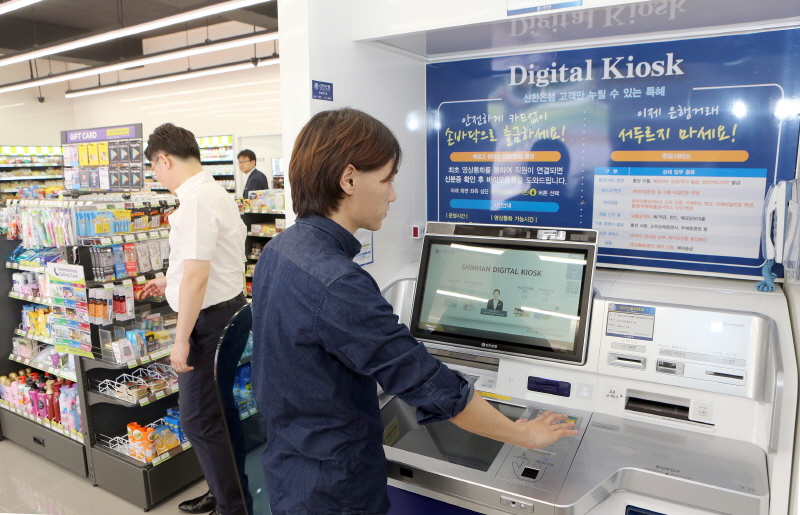 SEOUL, Jul. 14 (Korea Bizwire) — Convenience stores are emerging as the darling of South Korean lenders that are trying to cope with rising costs amid the fast-changing business environment centered on growth in online and mobile banking services.

At the forefront of such a move are Internet-only banks such as K-Bank, which have no brick-and-mortar branch operations, that are nimbly working with local convenience stores to expand their offline services like deposit withdrawals and account openings.

Earlier this year, K-Bank forged a deal with GS25, the No. 2 convenience store chain, to expand its services through the chain’s outlets spread all over the country.

“Our customers can use banking services at GS25′s automated teller machines and cash dispensers, although the service is limited to deposit withdrawal,” said Kim Mi-sul, a manager for public relations at K-Bank. “We are working with GS25 to upgrade such automated equipment to expand our services in line with greater customer demand.”

The number of customers at K-Bank has already surpassed the 300,000 mark, which underpins the need to bolster offline services at cheap costs.

Kakao Bank, set to become the country’s No. 2 Internet-only bank, has signed a deal with Lotte Group to offer its banking services such as deposit withdrawal and cash transfer through the retail giant’s convenience store chain, 7 Eleven.

The online bank also made a similar deal with the country’s No. 1 convenience store chain, CU, to provide its banking service via CU’s in-store ATMs and CDs.

Analysts said the convenience store chain’s vast business networking is the biggest reason for banks to seek partnerships with them.

The number of convenience stores across the country surpassed 30,000 and has seen double-digit growth at a time when the country has long been struggling to cope with a slowdown in growth.

As of end-May, CU has a total of 11,605 stores, with the comparable figure for GS25 being 11,587, which is far higher than those of local banks. NH Nonghyup has the largest number of bank branches nationwide at 1,162.

Woori Bank partnered with Withme, a mid-sized convenience store chain, for cash-back service. Consumers can withdraw cash from their cards while making purchases at Withme stores, instead of having to find an ATM.

Currently, only debit cards are available for the service, but Woori is moving to expand to include credit cards as well.

“At the moment, the number of customers using the cash-back service is small, but the service is in the initial stage and it is too early to assess (it),” said Lim Soo-bin, a marketing manager at Withme. “More diversified services will be available in the future.”

The number of bank branches and representative offices hit the skids last year as more clients resorted to ATMs and CDs instead of visiting windows in person.

There were some 120,000 ATMs and CDs in the country last year which break down to 82,000 run by financial institutions and 38,000 by so-called VAN operators who set up their own automated instruments at convenience stores, subway stations and other public places.

The number of ATMs and CDs operated by financial institutions such as banks fell by 3.6 percent or some 1,000 units to 79,000 last year, with the corresponding figure for VAN operators being 41,000, up 2,000 units or 5 percent.

Reflecting such trends, observers here said the banking sector’s recent downsizing drive could gather further steam as they are likely to focus more on mobile and online banking to ramp up efforts to reduce operations.

At the same time, the banking industry may accelerate its move to tap convenience stores, and other highly accessible retail outlets to offer services to the customers, with such tie ups to make it easier for people to handle self-service deposit processes, withdrawals and bill payments, according to Meritz’s Yang.