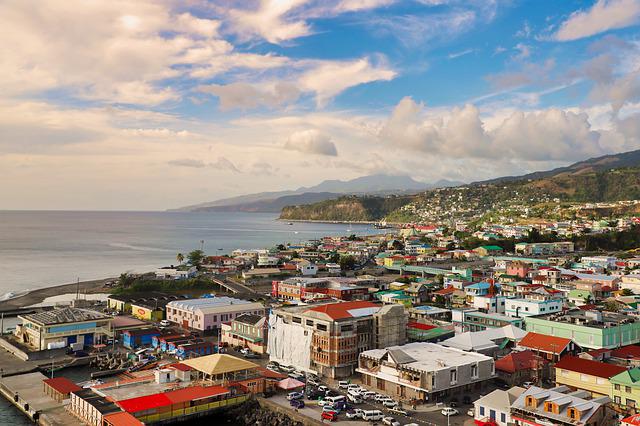 Roseau, Nov. 4 (Korea Bizwire) — There are a few days left until COP27 takes place in the Egyptian city of Sharm El-Sheikh from 6 to 18 November and the Commonwealth of Dominica, like many nations around the world, will be watching to see if this summit finally brings action and implementation of proposals and promises.

“We are at the stage where we can no longer use these events as talk shops, but rather, we need to be laser-focused and intentional about developing actionable plans to tackle the biggest challenge of our time – climate change,” says Dr. Vince Henderson, Dominica’s minister for planning, economic development, climate resilience, sustainable development, and renewable energy.

Small island nations like Dominica, are not the only countries facing extreme weather conditions as a result of global warming. UN Secretary-General António Guterres mentioned to journalists in New York recently that a third of Pakistan is flooded, Europe is experiencing its hottest summer in 500 years, the Philippines is dealing with the aftermath of tropical storm Paeng and in the United States, Category 4 Hurricane Ian was just another reminder of the climate crisis.

Dominica has been on a path to be the world’s first climate-resilient nation following Hurricane Maria which left an estimated 90 percent of buildings damaged or destroyed in 2019.

“Everybody is talking about sustainability and climate change and why we need to reduce carbon emissions, the issue is how we are going to make a meaningful impact. For people to translate insight into action, they need to see good examples that motivate them, and we believe Dominica has an abundance of examples that are yielding results,” continues Minister Henderson.

In response to the destruction caused by Hurricane Maria, Dominica launched a climate resilience policy framework to help guide its recovery journey in the form of the National Resilience Development Strategy 2030 (NRDS).

The Climate Resilience and Recovery Plan of Dominica aim to build strong communities, build a robust economy, have a well-planned and durable infrastructure; strengthen institutional systems and, protect and sustain natural and other unique assets.

Structural resilience: The government of Dominica is building a resilient infrastructure capable of withstanding natural disasters, including Category 5 hurricanes. It includes the construction of 5 000 climate-resilient homes, healthcare centres, roads, bridges, airports, and schools.

Post Disaster and Social Resilience: This pillar helps encourage farmers to plant more root crops which are more resilient to heavy rain and wind, and increases farmer training programmes and government assistance with the provision of seeds and fertilizers. The government’s plan to strengthen food security includes specific policies for the resiliency of the agriculture and fisheries industries.

With 2022 set to rank among the 10 warmest years on record, according to the US National Oceanic and Atmospheric Administration, Dominica is also constructing a geothermal power plant which will increase the country’s share of renewables and diversify the country’s energy matrix. The Commonwealth of Dominica already obtains 28% of its energy requirements from renewable energy sources such as hydropower and wind.

The UN is urging the world’s industrialized nations to ‘lead by example’ by taking ‘bold and immediate actions’. One of these nations includes the United States of America and with President Joe Biden confirmed to attend, it is said he will build on the significant work the United States has undertaken to advance the global climate fight and help the most vulnerable build resilience to climate impacts.

Last year, Biden arrived at COP26 largely empty handed and this year he will promote the passage of the Inflation Reduction Act, a bill that devotes hundreds of billions of dollars to clean energy initiatives and brings Biden’s pledge to cut United States emissions in half by 2030 closer within reach.

The Conference of the Parties (COP) is the group of nations that have signed the UN Framework Convention on Climate Change (UNFCCC), which was put together in 1992. It commits them to act together to stabilize greenhouse gas concentrations “at a level that would prevent dangerous anthropogenic (human-induced) interference with the climate system”. Since then, the parties, or nations, have met almost annually.

COP26 was held in the Scottish city of Glasgow in November 2021 and it brought together 120 world leaders and representatives from almost 200 countries. It culminated in the Glasgow Climate Pact, which reaffirmed the 2015 Paris Agreement goal of “limiting the increase in the global average temperature to well below 2°C above pre-industrial levels and pursuing efforts to limit it to 1.5°C”.